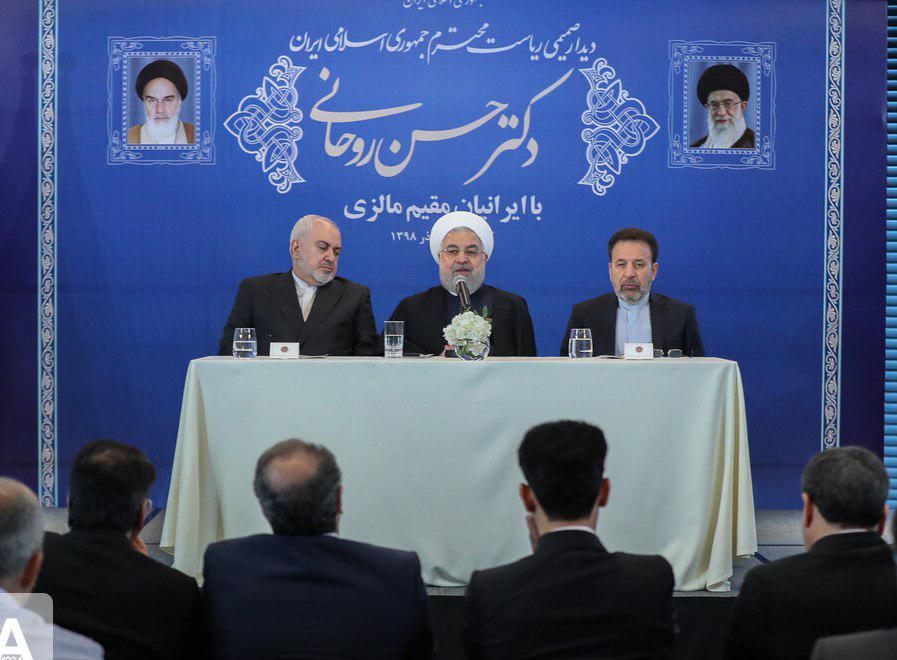 Iranian President Hassan Rouhani says a new generation of homegrown centrifuge machines for enriching uranium, known as IR-9, is being tested out.

In an address to a gathering of Iranian nationals residing in Malaysia, President Rouhani highlighted the futility of foreign sanctions against Tehran.

He said Iran has made great progress in various fields in spite of the foreign sanctions and economic pressures.

“Today, our new IR-6 centrifuges are spinning and the IR-9 centrifuges are also in the testing stage,” the president said in the event, held in Kuala Lumpur on Wednesday.

Slamming the policy of sanctions as a lose-lose approach, the president said such illegal measure could not last long and will have to stop somewhere.

“The Americans ought to retreat from the path they have taken, and we will also force them to do so with our resistance and fortitude,” President Rouhani noted.

He further noted that Iran’s power in standing against the foreign pressures in the political, economic, social, cultural and defense spheres has grown remarkably, saying the country could even turn the “maximum pressure of enemy” into opportunities in certain areas.

“The sanctions turned into an opportunity in some sectors. Although natural and weather conditions, including the flooding at the beginning of this year, put a lot of pressure on us, this turned into a capability and great source for our agriculture in summer and autumn, when our situation improved.”

“I would like to tell all my dear brothers and sisters that our country’s tolerance towards foreign pressure is now much more than before,” he stressed.

“Sanctions and pressure do create problems for us, but at the same time if we stand and resist we can turn them into opportunities in some fields, and force others to return to their commitments.”

“oday if someone evaluate and see if the US pressure has benefited America, Europe, Asia, or Iran, the results would show that the US’ measure has harmed everyone; that is what the US did has benefited no one, neither itself nor its allies and others. So when it is a lose-lose path – which benefits no one – this path cannot continue in the long-term,” he added.

Reiterating Iran’s support for dialogue to resolve the regional and international problems, President Rouhani said Tehran seeks closer relations with all countries although the US and Israel attempt to isolate the Islamic Republic.

He then hailed the Iranian expatriates as the cultural ambassadors of Iran who present the Persian culture and customs and promote the true image of Islam in the world.

The president also called for efforts to boost Iran’s scientific interaction with the foreign countries, particularly the Muslim nations, saying there are perfect opportunities for the knowledge-based companies and innovation factories inside Iran.

Statistics show that three Iranian experts and university graduates return to Iran from abroad every two days to work inside the country, the president concluded.

He finally assured the Iranian people residing in Malaysia that diplomatic efforts are underway to settle their problems.