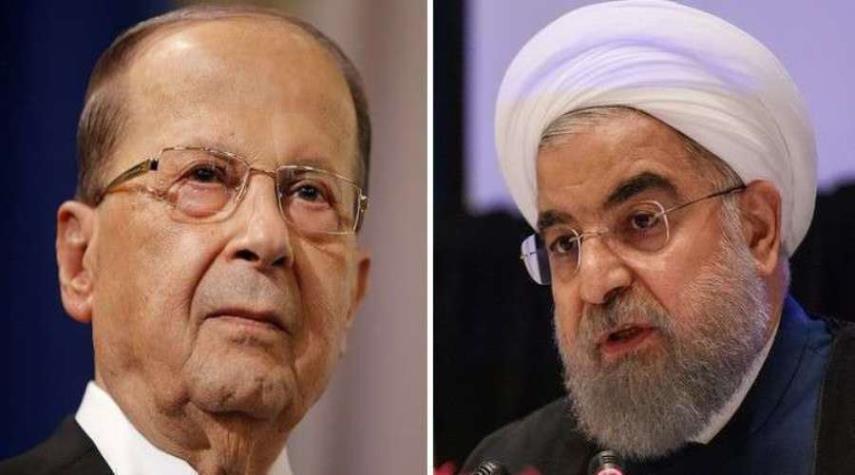 Iranian President Hassan Rouhani has, in a telephone conversation on Thursday, offered condolences to his Lebanese counterpart Michel Aoun on the deadly Beirut port explosion.

“The Ministers of Foreign Affairs and Health of Iran, as well as the head of the Red Crescent Organisation, have been instructed to be in constant contact with their Lebanese counterparts, so that we can quickly meet any needs and help the friendly and brotherly Lebanese people.”

The President prayed for the victims of the explosion, and wished swift recovery for the injured, giving an assurance to the Lebanese President that whenever they needed any help and support, the Iranian nation and government will be by their side and will not hesitate to cooperate with the Lebanese people.

In turn, Aoun thanked the Iranian government and people for their condolences, saying, “The Lebanese people have always appreciated the attention and kindness of the Iranian people and government towards themselves”.

“Naturally, it is time-consuming to investigate all aspects of this incident and make a list of the damages and the assistance needed, but the history of relations and friendship between the two nations of Iran and Lebanon proves that whenever the Lebanese government and people need help, the Iranian nation and government does not withhold any help,” he noted.

“We are deeply grateful for the fraternal and friendly feelings of the Iranians towards us,” Aoun said.