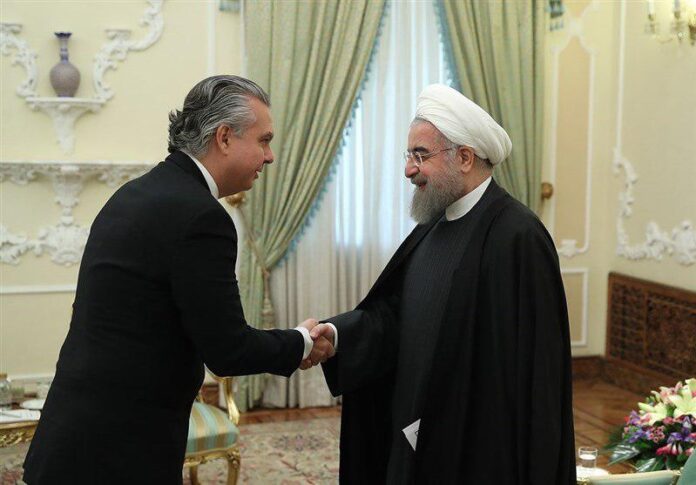 In separate meetings with new Brazilian and Kyrgyz ambassadors to Tehran, Iranian President Hassan Rouhani voiced the Islamic Republic’s preparedness to enhance its cooperation with the two states in all fields.

According to a report by IFP, Rouhani on Sunday separately met the new ambassadors of Brazil and Kyrgyzstan to Iran, and received their credentials.

During these meetings, the Iranian president underlined Tehran’s resolve to enhance its cooperation with these countries, particularly in economic sector.

In his meeting with new Brazilian Ambassador to Iran Rodrigo de Azeredo Santos, Rouhani stressed the need for Tehran and Brasilia to facilitate banking relations in a bid to boost trade exchanges between the two sides.

“Iran attaches significance to its cooperation with Brazil, as a big country with a considerable economy in South America, and is willing to promote the level of cooperation,” he said.

The president further highlighted the importance of efforts to facilitate banking relations between the two countries and expressed the hope that the ties would gain serious momentum in various fields, economy in particular.

The Brazilian diplomat, for his part, emphasized that his government considers Iran as a reliable partner and is seeking to establish strategic economic ties with the Islamic Republic. 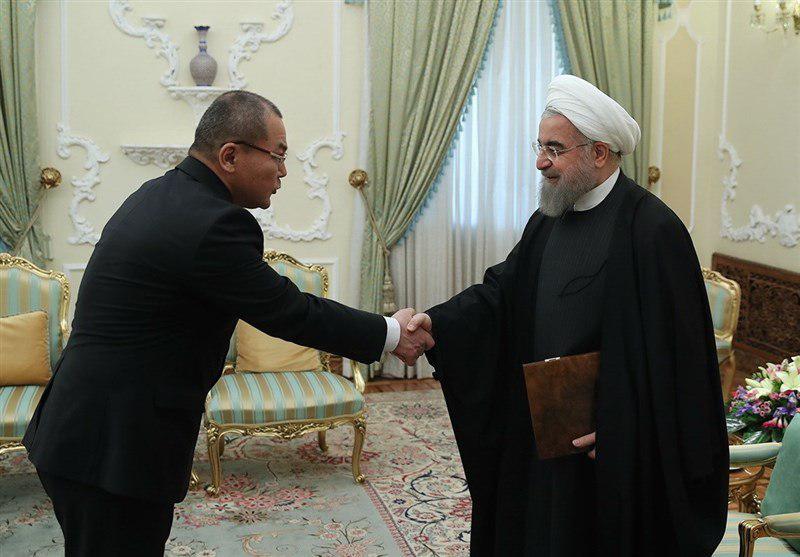 During the meeting with Kyrgyzstan’s new ambassador to Tehran Avazbek Abdurazakov, Rouhani highlighted the ample grounds for cooperation between the private sectors of Iran and Kyrgyzstan.

“Iranian companies are ready to expand cooperation with Kyrgyzstan in the fields of road construction, energy, technical and engineering services, medicine, and pharmacy,” President Rouhani said, as reported by Tasnim.

The president also stressed that enhanced economic and political relations between Tehran and Bishkek will serve not only the interests of the two nations, but also those of the region.

The new envoy, for his part, said Kyrgyzstan is pursuing plans for closer ties with Iran.

Kyrgyzstan welcomes stronger presence of Iranian companies in the country, Abdurazakov underlined, hoping that facilitation of consular issues as well as direct flights between the two countries would accelerate bilateral economic cooperation.