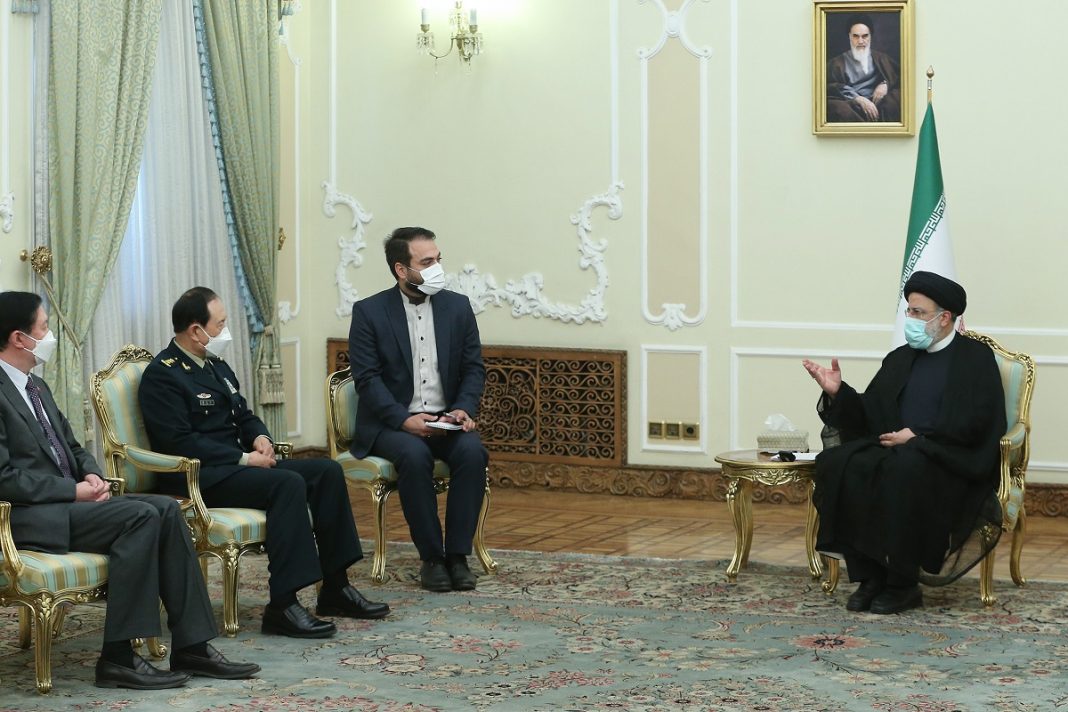 Iranian President Ebrahim Raisi has said Iran will pursue its strategic relations with China regardless of international developments and only based on political trust.

Raisi added that the 25-year strategic partnership with China will be the top priority for Iran in this regard. He made those comments in a meeting with Chinese Defense Minister General Wei Fenghe in Tehran on Wednesdsy.

The Iranian president noted that the latest global developments have proved the value of the Iran-China strategic cooperation.

He also said fighting unilateralism and creating stability and order is possible through cooperation between independent powers.

The president said Iran has very good potentials for large investments and its matchless capacities for regional transportation as well as its possibilities in energy security and infrastructure cooperation are solid platforms for cooperation and investment.

Elsewhere in his remarks, Raisi referred to the US’s unilateral withdrawal from the Iran nuclear deal, JCPOA, saying Washington sought to put tremendous pressure on Tehran by violating the agreement but it today admits that its so-called maximum pressure campaign suffered a humiliating failure.

He added that the Iranian people proved that a nation can achieve its rights through resistance and perseverance.

General Wei added that Iran and China can work together in global issues and help with global peace and stability.