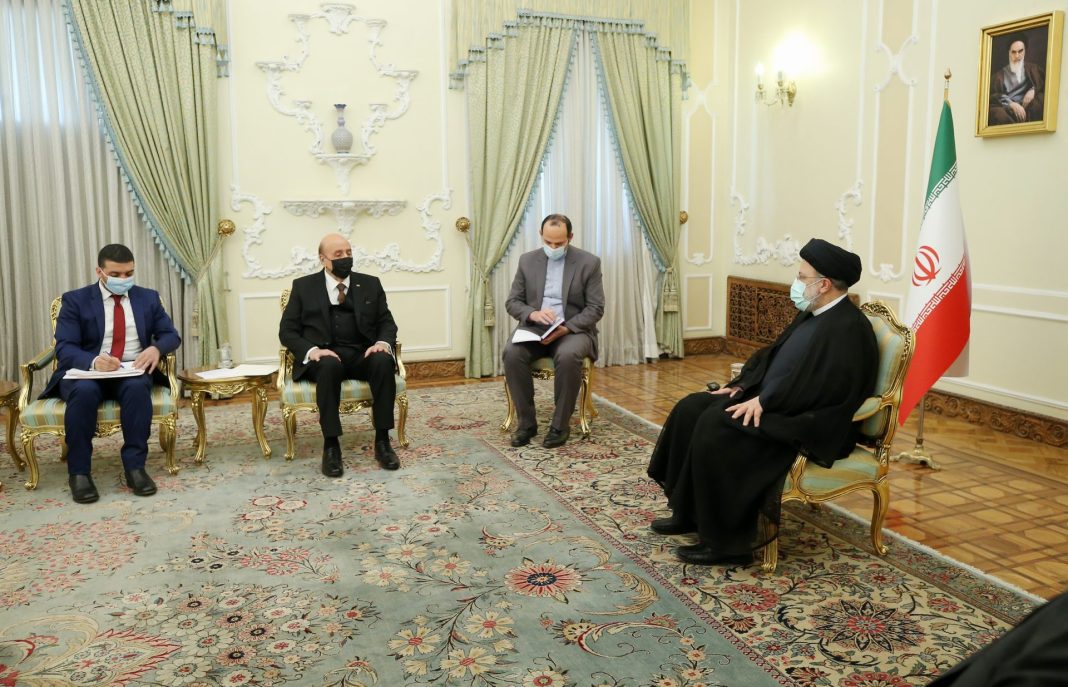 The Iranian president stressed that the alliance between Iran and Syria is unbreakable, calling for the expansion of bilateral ties in all fields.

Ebrahim Raisi made the remarks in a meeting with Head of Syria’s National Security Bureau Ali Mamlouk in Tehran on Monday evening.

President Raisi highlighted the importance of economic cooperation between Tehran and Damascus, adding that all obstacles in the way of bilateral economic ties must be removed to pave the way for the expansion of strategic relations.

He also stressed that Syria is the frontline of the battle against the Zionist regime, and called for unity among Muslim nations to confront the actions of the regime.

The president added arrogant powers are keeping up their animosity towards regional nations, warning that the United States is seeking new ways to carry on with its campaign to create security and economic problems for Syria.

The head of Syria’s National Security Bureau, for his part, conveyed the greetings of Syrian President Bashar al-Assad.

Mamlouk said Syria will never forget Iranian support in the battle against terrorism.