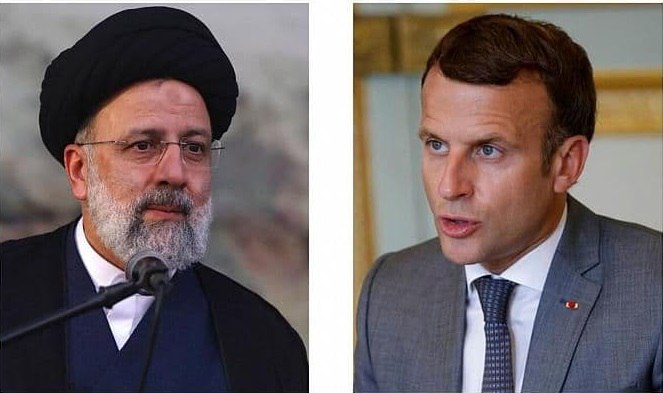 Iranian President Ebrahim Raisi has told his French Counterpart Emmanuel Macron that the Islamic Republic is ready to continue cooperation with the International Atomic Energy Agency.

“While in Iran, the director general of the Atomic Energy Agency said nothing about any Iranian non-compliance with its obligations, and we are now ready to continue our full cooperation with the IAEA,” Raisi said in a phone conversation with Macron on Monday night.

Raisi noted that Iran has always adhered to its commitments to the nuclear issue, and the IAEA has repeatedly reaffirmed Iran’s compliance.

During the phone call with Macron, Raisi referred to Iran’s adherence to the Joint Comprehensive Plan of Action, the fulfillment of its obligations, the U.S. violation of the agreement, and also the Europeans’ failure to live up to their commitments.

“Those who violated the treaty should be asked why they did not fulfill their obligations,” he noted.

On the resumption of talks between Iran and the P4+1 in Vienna, Raisi said sending a full team to the talks shows Iran’s serious will in these talks.

He called on the French president to work with other countries in Vienna to conclude the negotiations and remove anti-Iran sanctions.

The Iranian President stressed that sanctions have failed to stop Iran’s progress, and “today the whole world knows who the violators of the JCPOA are and they must return to their obligations.”

The French president condemned the U.S. withdrawal from the JCPOA, saying: “We consider the JCPOA our common responsibility and I have always tried to bring all parties back to the framework of the agreement.”

“I have also held talks with U.S. president Biden in this regard, and we are determined to continue the talks until they reach a conclusion,” Macron added.