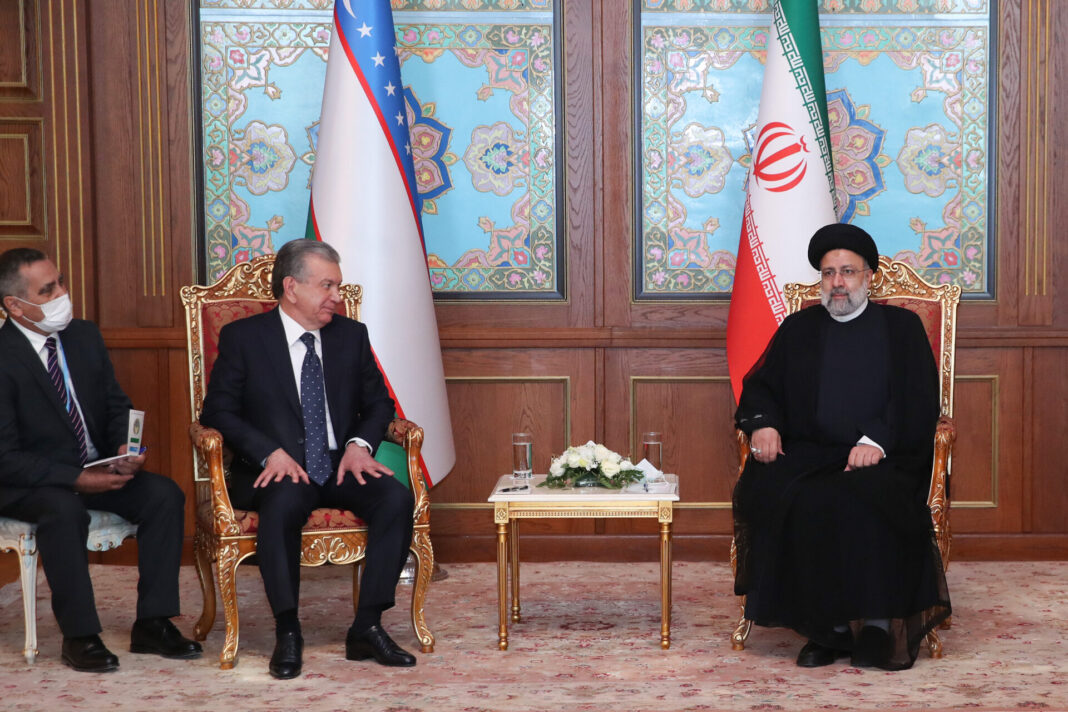 Iran’s President Ebrahim Raisi has called for the level of economic relations with Uzbekistan to be raised in proportion to political relations.

Raisi was speaking during a meeting with Uzbekistan’s President Shaukat Mirzayev in Tajikistan where he’s going to attend the Shanghai Cooperation Organization’s summit on Friday.

He congratulated his Uzbek counterpart on Uzbekistan’s forthcoming takeover of the Shanghai Cooperation Organization’s presidency.

Raisi said, “I believe that your positive and constructive outlook can bring many blessings to the region and the member countries of the Shanghai Cooperation Organization”.
He also spoke of the anti-Iran sanctions, saying “oppressive sanctions” did not hinder Iran’s progress, but Tehran is trying to remove them.

Raisi also added that Iran supports the formation of an inclusive government in Afghanistan with the participation of all ethnic and political groups.

Uzbek President Shaukat Mirzayev also expressed pleasure at meeting the Iranian president and referred to the experience of Raisi during his tenure as Iran’s judiciary chief and his good record in fighting corruption.

He said, “We will be very happy to use your experience in this field”.

He added that Uzbekistan is looking for an operational roadmap to expand economic relations with Iran, especially in the field of transportation, and to make the north-south communication corridor more active with a focus on the port of Chabahar.