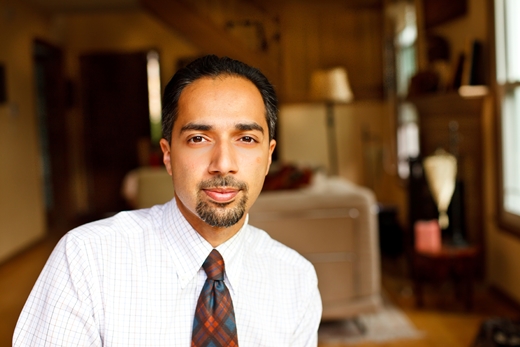 There is no reason not to be optimistic. I am optimistic about a nuclear deal being clinched before July 10, says Trita Parsi, the president of the National Iranian American Council.

The president of the National Iranian American Council says that the stage is set for Iran and P5+1 to clinch a final deal.

The following is the translation of an excerpt of an interview Khabaronline.ir’s Saeed Jafari Pouya conducted with Trita Parsi in Vienna and posted online on June 30:

On extension of the talks

I don’t think anyone took the end-of-June deadline seriously enough. Everyone knew that the negotiations would continue past June 30. If the talks are drawn out more than a week, a new problem would emerge. I mean, if the talks do not produce results by July 9 or 10, the congressional review would last 82 days instead of 52. That in turn would give opponents of the talks in the US a better opportunity to pull the rug from under President Obama.

Personally I don’t take what Laurent Fabius says seriously. If Secretary Kerry had made the same comments, that would have spelled real trouble. Foreign Minister Fabius talks a lot and likes to be at the center of attention by making comments the media find controversial.

His comments do not carry much weight; they can complicate things for President Obama, though. They would provide American hardliners opposed to President Obama with an excuse to lambast him for lagging behind France in worrying about the deal. That would pose a challenge to Obama, but its impact on the talks is indirect.

For now, President Obama has the one third of the votes he needs to veto the Senate decision, but no one knows what will happen in the next 30 to 50 days. For now, opponents of the deal can’t do anything.

There is another problem, let’s assume President Obama builds on the favorable view of 34 or 35 senators to hold on to his veto power. That would send the wrong signal to opponents who are bent on turning the tables on a deal.

Just like Obamacare which was approved a few years ago, but every now and then there is a new attempt to repeal it. President Obama needs a powerful number of senators on his side to push his agenda so that the Senate abandons the idea of challenging it. A deal which is challenged by US Senators every few months, would be a tenuous deal.

The Republicans will definitely try to repeal the deal no matter what. They have resorted to different lines of reasoning, but it has not worked so far. The American people are in favor of an agreement, but its opponents are radicals bent on sabotaging it. Those opponents call their congressmen and senators, but proponents do nothing. Over the course of the next week the president should encourage supporters of the deal to be more active and make their presence felt.

If opponents of the deal get a two-thirds majority to bypass President Obama’s veto, the deal would fall through. In that case, the US would be the main problem because the Europeans are in favor of a nuclear agreement and have signaled in case Senate sabotaged the deal, they would part ways.

Of course, this would not be the best option for the Europeans. That would be a difficult choice for Europe. On the other hand, the Europeans don’t want a deal they have worked on for ten years to be sabotaged by the Senate. The Europeans have repeatedly said during the course of the talks that the nuclear deal is not a two-way contract between Iran and the US. They argue that they are part of this agreement.

Prediction on what happens eventually

I am optimistic. There is no reason not to be. If the talks do not produce results by July 10, things will be complicated. Personally, however, I am optimistic about a nuclear deal being clinched before July 10.