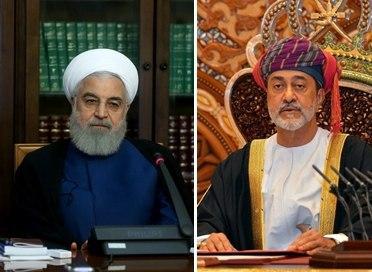 Iranian President Hassan Rouhani has expressed the country’s readiness to share its experiences in the fight against the novel coronavirus with the Sultanate of Oman.

In a telephone conversation with Sultan of Oman Haitham bin Tariq Al Said on Wednesday, President Rouhani pointed to the tough conditions in the region and the world due to the outbreak of the novel coronavirus, and stressed the need for collective action by all countries in the fight against the disease.

The president also voiced Iran’s readiness to provide the friendly and neighboring state, Oman, with the experiences and achievements in the battle with COVID-19 and to offer whatever assistance necessary.

Paying tribute to the late sultan of Oman Qaboos bin Said, the Iranian president wished the new sultan success and expressed hope for closer ties between Tehran and Muscat during Sultan Haitham’s tenure.

Highlighting a rise in the volume of trade exchanges between Iran and Oman over the past recent months, President Rouhani emphasized the necessity for the expansion of relations in all fields.

“We are interested in the immediate implementation of the agreements between the two countries, including the Iranian gas exports to Oman and the Omani investment in Chabahar port, which would serve the interests of the two governments and nations,” President Rouhani noted.

He further commended Oman for its cooperation and measures regarding the peace initiative proposed by Iran, known as the Hormuz Peace Endeavor (HOPE), stating, “We are fully prepared to act in line with that initiative or any other initiative that would leave the crisis management of the region in the hands of the regional countries.”

Throughout history, the Strait of Hormuz has been left in peace, stability and calm in light of the good relations between Iran and Oman, President Rouhani noted, adding, “We have always tried in recent years to prevent the outbreak of war and bloodshed in the region, and we must proceed with the efforts to stop the war in Yemen which has brought about devastation and famine.”

Regional stability will be undoubtedly ensured in light of friendly ties among the regional countries, the president emphasized, saying Iran keeps calling for cordial relations among the neighbors.

Expressing hope for closer interaction between Iran and Oman and their cooperation on the bilateral and regional issues during Sultan Haitham’s tenure, President Rouhani congratulated the Omani people and government on the beginning of the holy month of Ramadan.

For his part, the sultan of Oman hailed the close and amicable ties with Iran, noting, “Our relations are historic, and I give an assurance that such ties will continue like under late Sultan Qaboos’ rule.”

The Omani leader also stressed the need for the enhancement of ties between Muscat and Tehran in all arenas, noting that implementation of the previous agreements would be to the benefit of both nations.

Sultan Haitham finally praised Iran’s stance and policies on establishing peace and stability in the region and ensuring security of the Strait of Hormuz, adding, “We must all try to keep the region away from any war and worrying incident.”