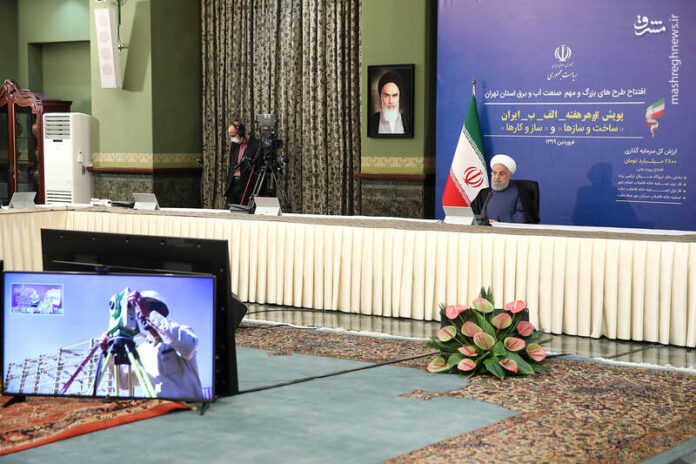 President of the Islamic Republic of Iran Hassan Rouhani has inaugurated a number of water and electricity projects in the province of Tehran, in which a total of 2.8 trillion tomans has been made in investment.

The opening of the latter project allows a population of more than 50,000 in the area to use wastewater collection system which includes 32 kilometers of sewage pipes. The new project will greatly improve the public health and the quality of groundwater.

Meanwhile, the coming into operation of the first phase of the sewage treatment plant in Malard follows an operation to lay 150 kilometers of sewage system pipes, which offers facilities to more than 235,000 residents of the region. The wastewater treated in the new plant will be provided to the industrial plants and farmlands.

The new phase of the sewage treatment plant in Eslamshahr also covers an area with 250,000 residents and includes a network with 125 kilometers of sewage system pipes.

The opening of the steam section of the combined cycle power plant in Parand is also increasing the efficiency of the power plant from 33 to 53 percent and brings the power generation capacity to 1,503 megawatts.

The new energy project will save 750 million liters of liquefied fuel per annum. Moreover, the combined cycle power plant in Parand is the first Iranian plant whose electricity will be available on the open market and will be up for trade in Iran Energy Exchange.