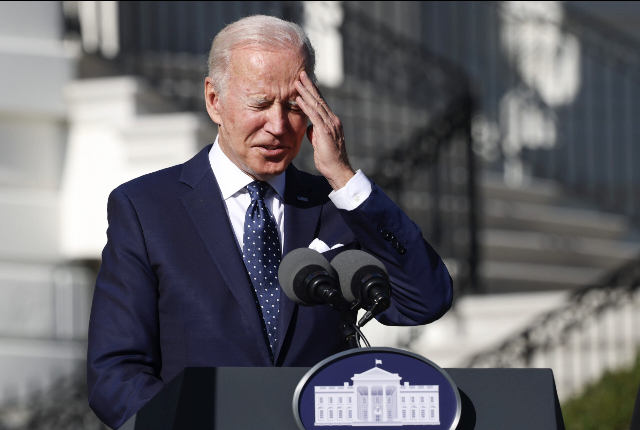 A new survey shows only 37 percent of Americans approve of the job US President Joe Biden is doing, alongside a significant drop in support among independent voters.

With supply chain issues, lagging jobs numbers and a border crisis, among others weighing down Biden’s administration, low polling has become something of a regular occurrence, but his latest numbers show the president may be losing key support.

While Biden’s support among Democrats remains strong, his standing with Independents appears to be falling.

“In 2020 exit polling, President Biden won independent voters by a 54% to 41% margin,” pollster J. Ann Selzer said in the Grinnell College report, adding, “If the election were held today, our poll shows former President Trump winning that group 45% to 28%. It is a massive shift in a demographic that helped carry Biden to victory less than two years ago.”

When asked whom they would vote for president if the election were held today, likely voters were split on Biden and Trump support, with 40% saying they would back each of the potential candidates. Others said they would cast their ballots for someone other than Trump or Biden.

Biden critics have pointed to the latest disappointing poll as another sign public trust in the Democrat president is crumbling.

As some pointed out, the poll numbers are similar to the latest findings on Biden in a Quinnipiac University survey also released this week.

In that poll, 37% said they approved of the president’s performance, while 52% disapproved. That study also found falling support with Independents, with 56% not supporting Biden’s agenda, while 28% indicated they do. Quinnipiac also found similar results in another poll earlier in the month.

In a separate Politico/Morning Consult poll released Wednesday, over 60% of Americans said the administration and Biden were at least somewhat responsible for the current inflation crisis in the US, with a majority of Independents and Republicans agreeing Biden is at fault, and 41% of Democrats also agreeing.