A new survey reveals that nearly 100 percent of Iranian diaspora in Canada maintain that Ottawa officials shouldn’t have taken part in the annual gathering of the Mujahedin-e Khalq Organization (MKO), an anti-Iran terrorist group, which was recently held in Paris.

According to the survey conducted by the Iranian-Canadian Congress, 98.90 percent of 1,551 Iranian diaspora in Canada who took part in the online survey said they were against the presence of Ottawa officials in the Paris annual gathering.

In response to a question whether or not the MKO represent you when it comes to Iran-related issues and Canada’s policies towards the country, 99.48 percent said the terrorist group doesn’t represent them at all, a report by Alef news website said.

Meanwhile, 94.13 percent said they are against a decision by the former Canadian Prime Minister Stephen Harper to remove the MKO from the list of terrorist organizations in 2012. They also described Harper’s decision as a mistake. 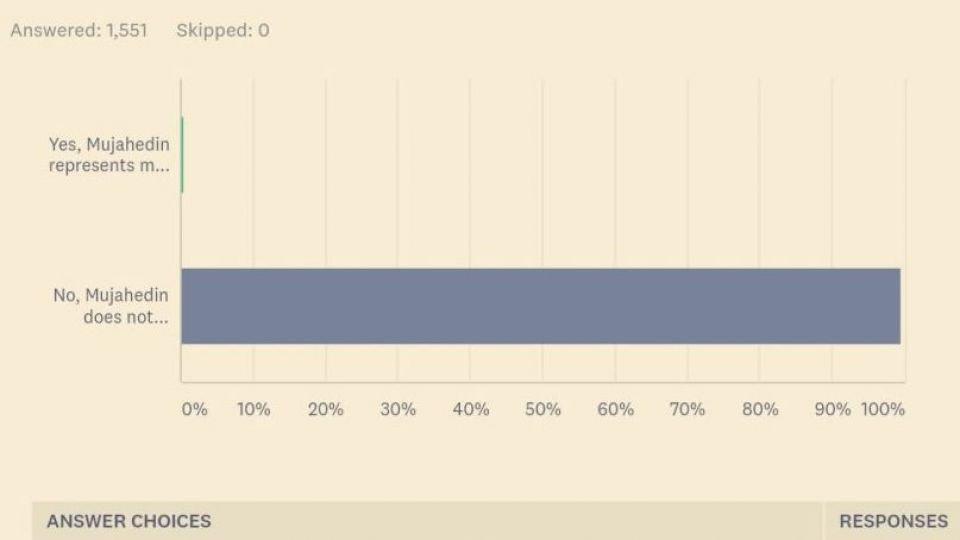 As the 22nd Prime Minister of Canada, Harper came from the modern Conservative Party of Canada. During his premiership, he was among the staunch supporters of the Zionist regime and showed deep animosity towards the Islamic Republic. Meanwhile, he never supported the talks between Iran and the six world powers which finally led to the Iran nuclear deal in 2015.

In his latest move against Iran, Harper attended the recent MKO gathering in Paris.

The MKO held its annual meeting in Paris on Saturday with a number of American hawks such as Rudy Giuliani – Donald Trump’s personal lawyer – and other former US officials as well as former Canadian PM Harper in attendance.

Founded in the 1960s, the terror group fled to Iraq in 1986, where it joined Saddam’s army during the war Iraq imposed on Iran (1980-1988) and helped Saddam kill thousands of Iranian civilians and soldiers during the US-backed war imposed on Iran.