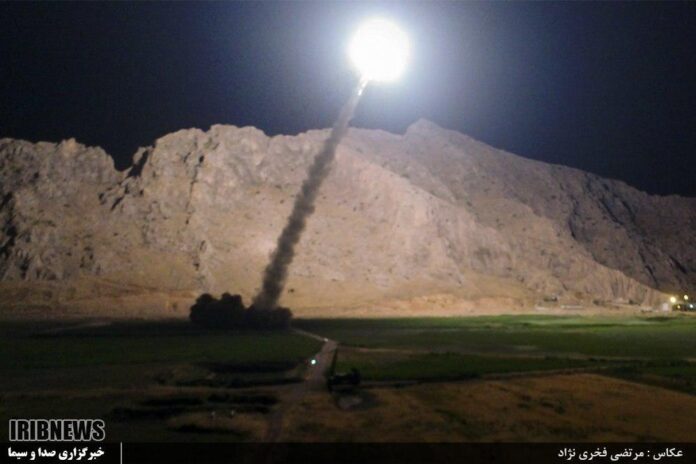 The recent move by Iran’s Islamic Revolution Guards Corps to fire six missiles at ISIS positions in Syria’s Deir ez-Zor has sparked widespread reactions all around the world.

The IRGC’s Sunday missile attacks launched from Iran on the terrorists’ positions in eastern Syria were widely covered by world media, and received positive reactions by political pundits, even those opposed to the Iranian Establishment.

Masoud Behnoud, a prominent London-based Iranian journalist, historian and writer, said in his Twitter account, “I believe that, in this situation, it is wrong to adopt a policy of appeasement and show any kind of weakness in the face of Trump’s moves and strategies. Appeasement works and is good at the negotiation table. At this stage, the world understands the language of pride better.”

Another London-based Iranian political analyst, Ali Alizadeh, said, “Hitting a target inside the territory of a friend and ally country in coordination with its incumbent government is [a] legitimate [move] and in compliance with international laws. Bellicosity, is to cast doubt on [the legitimacy] of our right of self-defence.”

Iran’s Ambassador to London Hamid Baeedinejad also made one of the first reactions to the attacks: “The missile attack on the ISIS military base in Syria demonstrated Iran’s capability for and willpower in the fight against terrorism and the security threats.”

Iran’s First Vice President Es’haq Jahangiri also noted, “Iran’s redline is the security of its people. Iran is honest and powerful in the fight against terrorism. Iran’s missile capability is deterrent and at the service of the region’s peace and stability and security.”

Asr-e Iran quoted Iranian Parliament’s Vice-Speaker Ali Motahari as saying, “The missile attack by Iran’s Islamic Revolution Guards Corps against the [ISIS] terrorists was timely and reciprocal. The continuation of such moves by Iran depends on the measures taken by the opposing side. Nevertheless, these [military] operations were carried out in response to the [June 17] terror attacks on Tehran. We had the right to chase the terrorists in any part of the world.”

IRGC General Qassem Soleimani was also quoted as saying in an Instagram account attributed to him that the ISIS terrorists should know a dreadful fate would await them following the IRGC’s missile attack on the terrorists’ positions in Syria’s Deir ez-Zor.

The Persian version of Russia’s Sputnik news agency wrote that “ISIS was slapped in the face so that others could hear the sound of the hit.”

Al-Monitor’s correspondent Laura Rozen also showed one of the best and earliest reactions to the attacks: “Our allies are fighting with each other, and our ‘enemy’ is striking our Numero Uno enemy.”

Meanwhile, Al Jazeera talk show host Faisal al-Kasim said in a tweet, “Yesterday (June 18) Iran fired a giant missile towards Syria which crossed the Iraqi airspace en route [to Deir ez-Zor], and yet, we, Arabs, are still arguing whether Almarai’s [Saudi company] dairy products are better or those produced by Turkish companies.”

Political editor of Germany’s Bild newspaper, Julian Ropcke, noted, “Shortly after the US shot down an Assad jet, Iran responded by launching mid-range missiles on ISIS.”