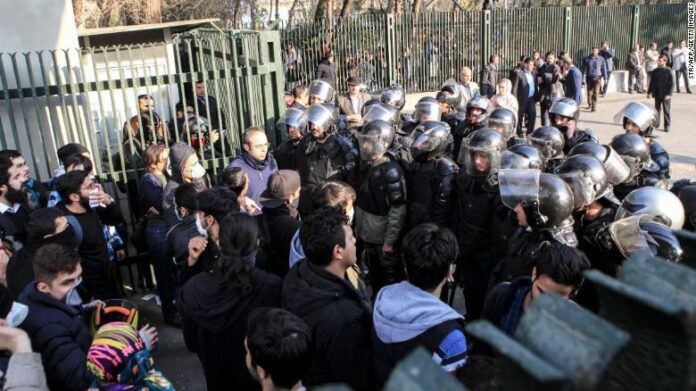 A deputy governor of Tehran says the police forces have kept the capital city under their control amid the recent protests and riots, and the IRGC has not yet been asked for help.

Ali-Asghar Nasserbakht, the deputy governor of Tehran for political and security affairs, told ILNA that the police has the city under its full control, and has not at all asked for the help of the Sarallah Base of the Islamic Revolution Guards Corps (IRGC).

He further noted that the clashes between police forces and rioters have decreased compared with the early days, and the number of people taking part in the gatherings has also dropped.

He went on to say that the Law Enforcement is still trying to ensure order and security in the city through toleration and guidance, adding that the forces in recent days have been asking the offenders of law to leave the streets and stop their illegal actions.

Unfortunately in certain places, the demonstrators harassed citizens, took them out of taxis or buses, and in one case set fire on a taxi in downtown Tehran, he added.

Nasserbakht noted that 450 people have been arrested since the beginning of unrest in Tehran. “Almost 200 people on Saturday, 150 on Sunday, and 100 on Monday were detained.”

The arrests have been made after the individuals insisted on taking their illegal measures, he noted.

His remarks came after IRGC Spokesman Brigadier General Ramazan Sharif said the Sarallah Base is responsible for ensuring the security of Tehran, but there has been no need for its intervention yet.

Several Iranian cities have been the scene of anti-government street protests in recent days. The early protests demanded a better economic situation and better living conditions, but sporadic violence has erupted during the protests, causing a number of casualties.