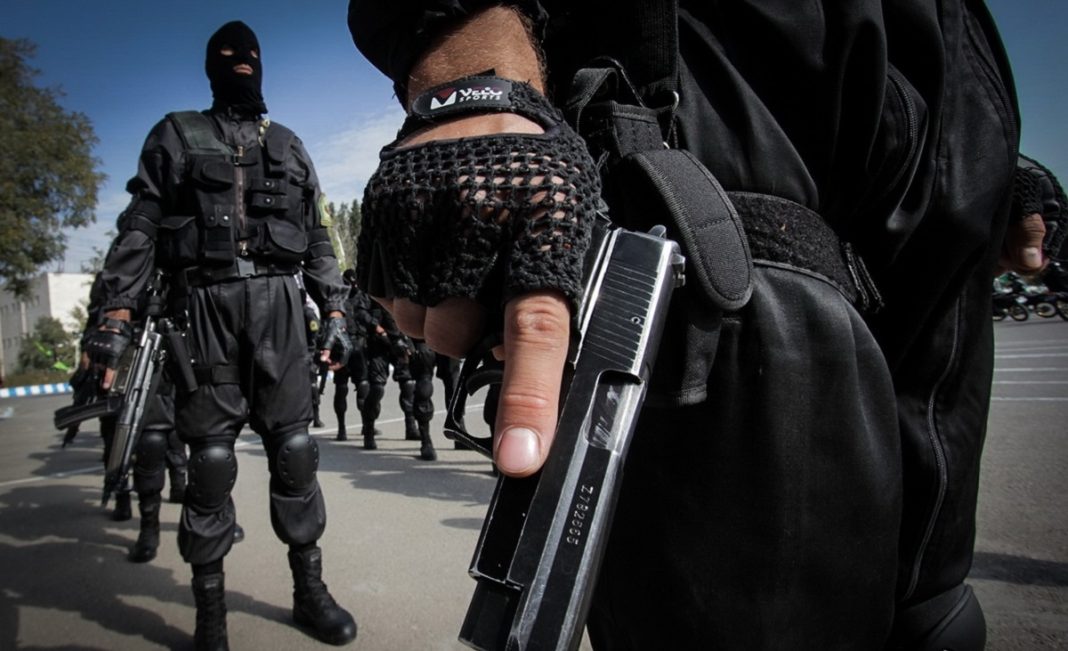 Police in the Iranian capital have dismantled a cell whose members allegedly involved in a range of crimes.

An official briefing Tehran’s police chief in a meeting where the detainees were present said the members of the gang were involved in kidnapping, arson and brawls.

According to the official, one crime they purportedly committed was that they tried to intimidate the managers of a company into keeping silent on embezzlement by the previous managers.

The cell is also accused of making an effort to force owners of agricultural land in a suburb of Tehran at low prices to members of the gang.

A police officer also said authorities have seized 21 thousand textbooks printed in Iran which used the fake name “Arabian Gulf” to refer to the Persian Gulf.

He added that these books were supposed to be sent to Iraq for use at schools in the country.

Police have arrested a total of 123 people in connection with the crimes.

The police chief said anyone who is found guilty in the case will feel the full force of law.