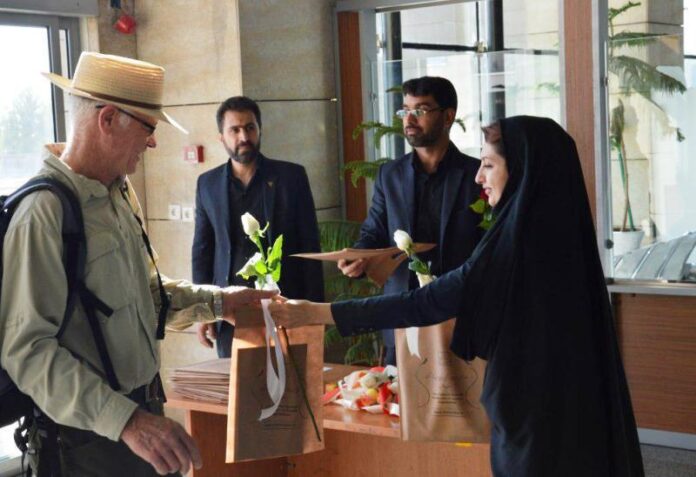 The passengers including 62 tourists and 14 crew members have earlier traveled to Japan, China and India before arriving in Iran and will head to Italy and Morocco after visiting Shiraz.

According to a Farsi report by Khabar Online, these tourists would spend four days in Shiraz to visit tourist attractions and cultural works of Fars Province in southern Iran.

Shiraz is the fifth most-populous city of Iran and the capital of Fars Province. Shiraz is one of the oldest cities of ancient Persia. In the 13th century, Shiraz became a leading centre of the arts and letters, due to the presence of many Persian scholars and artists. It was the capital of Persia during the Zand dynasty from 1750 until 1800. Two famous poets of Iran, Hafez and Saadi, are from Shiraz, whose tombs are on the north side of the current city boundaries.

Shiraz is known as the city of poets, literature, and flowers. It is also considered by many Iranians to be the city of gardens, due to the many gardens and fruit trees that can be seen in the city, for example Eram Garden.