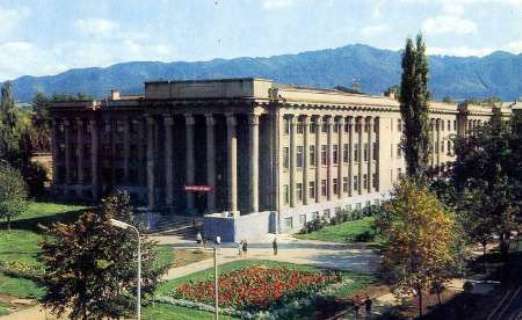 Interest in the Persian Language in the Caucasus region, especially in North Ossetia Republic, is growing.

In a ceremony in Iran’s cultural center at the university, Dean of History Faculty of the NOSU said in his speech that the event is important for those who are interested in Iranian culture.

He said that Iran is an ancient country with several thousand years of history and civilization and understanding Iranian culture and literature is impossible without knowing the Persian Language.

Head of Iran’s Cultural Center at the university, for her part, said interest in the Persian Language in the Caucasus region, especially in North Ossetia Republic, is growing.

She said beginning of the course at the university would be an important element for developing cultural ties between Iran and North Ossetia.

Iran’s Cultural Center at the NOSU was established two months ago following signing two cooperation agreements between Iran’s cultural attaché in Moscow and the university.