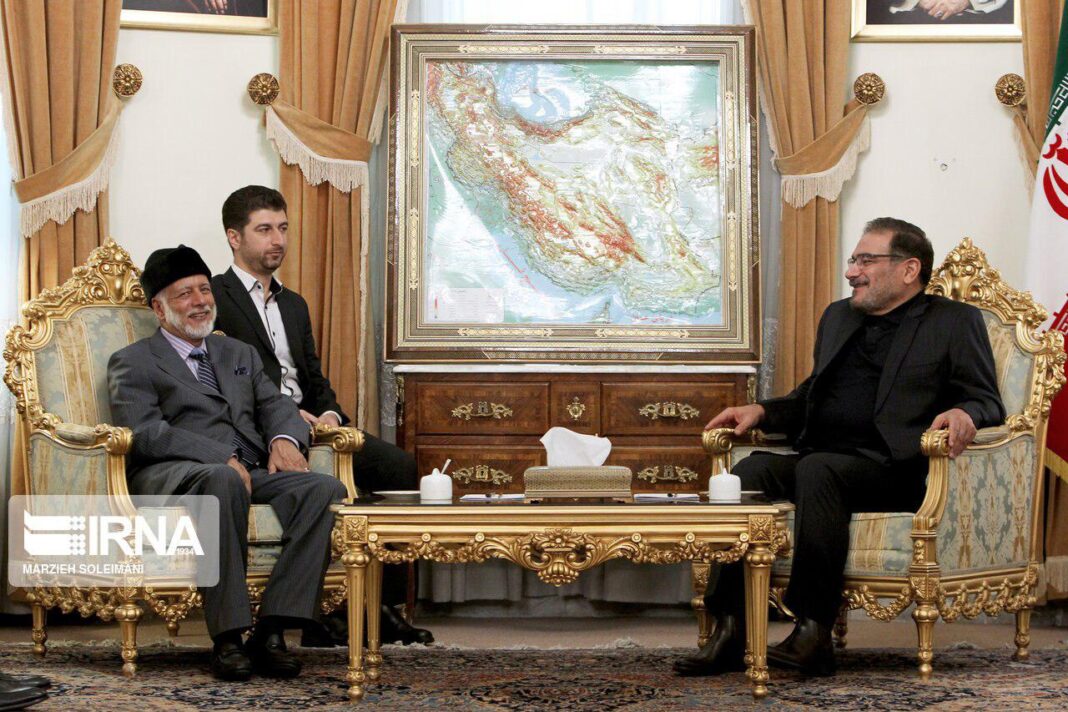 Secretary of Iran’s Supreme National Security Council Ali Shamkhani has denounced the interference of foreign forces in the region, stressing that regional countries alone can contribute to the security of Persian Gulf.

Shamkhani made the remarks in a Saturday meeting with Foreign Minister of Oman Yusuf bin Alawi bin Abdullah in Tehran.

In the meeting, Shamkhani reaffirmed the Islamic Republic of Iran’s sustained policy of pursuing relationships based upon self-restraint and being in accord with the neighbours, saying certain countries in the region have ruined the chance of understanding and dialogue and have also posed serious challenges to the possibility of management of regional crises with their hasty and arrogant measures and behavior.

Admiral Shamkhani also noted that the region’s security arrangements must be ensured by tapping into the local capacities and cooperation among the regional countries, stressing that interference from outsiders would result in nothing but an escalation of problems.

He also voiced regret and concern about the continuation of aggression against Yemen and the killing of its innocent people, stressing that Yemen’s crisis has no military solution, and the international community must employ the political solutions based upon the will of the Yemeni people to stop Saudi Arabia and the United Arab Emirates’ illegitimate military attacks and a deepening of the humanitarian catastrophe in that country.

Shamkhani also touched on the capture of an oil tanker at the Strait of Hormuz and the fuss made by a number of Western and regional countries, adding, “We believe that all countries must observe the international maritime law to protect security, and we do not make any difference between the countries in this regard.”

“Unlike the maritime banditry by the UK which seized an Iranian oil cargo in Gibraltar illegally, Iran’s measure was fully legal and in conformity with the enforcement of the maritime regulations and protection of shipping security,” headed.

For his part, bin Alawi stressed the need for using the past experiences to prevent an escalation of tension in the region and avoid the measures that fuel instability and insecurity, and called for an end to the utilization of military tools for resolving the political differences.

He also stated that all countries must observe the safety regulations, particularly at the Strait of Hormuz region, and refrain from the measures that result in the creation and spillover of crisis or in the imposition of unnecessary costs on one’s own trade and that of the others.