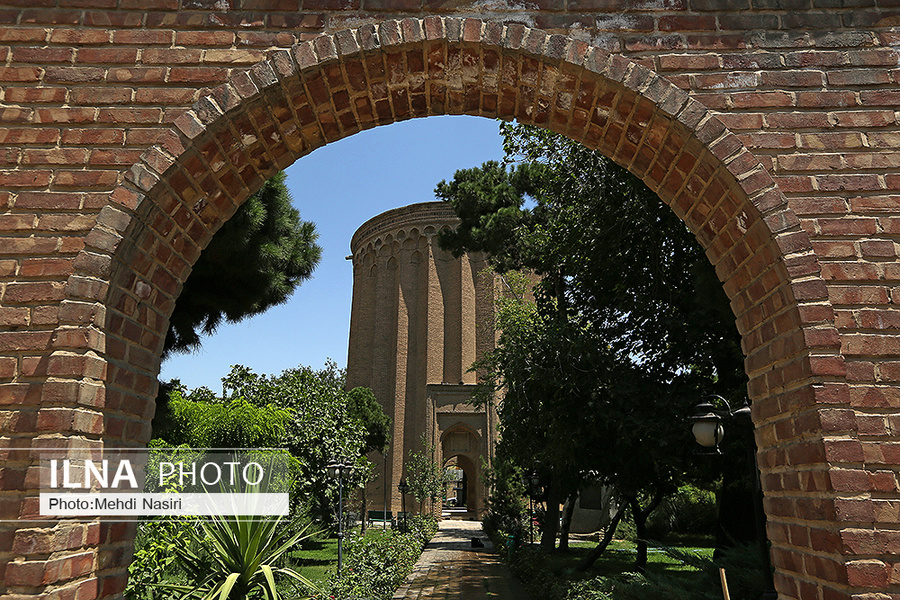 The Tughrul Tower is a remnant of Seljuk period located in Rey, southern Tehran.

With an area of 48 square metres and a height of about 20 metres, Tughrul Tower has a brick and clay structure in the form of raised cylinders. Its interior space is cylindrical as well.

The tower contains the tomb of a prominent person whose identity has been subject to many controversies: Some consider him to be Tughrul Bey, the founder of Seljuk dynasty. The famous Turkish historian Faruk Sümer agrees with the idea.

Some others believe the tower is the burial place of Khalil Sultan, a descendent of Timur, and his wife Shad Malik Agha who have died in the 15th century AD.

Muhammad Mohit Tabatabaei, a Persian historian, attributes the building to Ibrahim Khawas, the Persian Sufi of third century AH. Tabatabaei was himself buried next to the tower after his death in 1992.

It is said that Tughrul Tower has been used as a guide for the travellers of Silk Road who came to Rey from Khorasan, by lighting fire on its high rampart during dark nights. The tower also met the chronological needs of people during the day: it functions as a clock, and you can tell the time by watching the sun shine on its knurls.

The building had been abandoned for many years after the Revolution of 1979 in Iran before being rebuilt during the 90s.

What follows are ILNA’s photos of Tughrul Tower, which was registered as a national heritage site in 1931: