People in several cities around globe rally in support of JCPOA 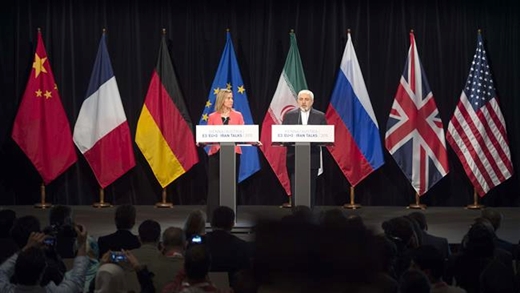 The rally organizers warned that the alternative to Joint Comprehensive Plan of Action would be another billion-dollar war in the Middle East.

Thousands of people have taken part in marches across the globe to express their support for a historical nuclear agreement reached between Iran and six world powers.

The rallies were held on the “Global Day of Peace for Iran” on Saturday in a number of cities including Washington DC, New York, Berlin, Paris and London.

Participants in the marches, organized partly by Iranians living abroad with no affiliation with any group or political party, called on the American and Zionist warmongers to end their efforts to derail the agreement.

In a statement, the organizers said they intend to show their support for the agreement to the rest of the world.

“These days there are proponents of war in the US spending millions of dollars to kill this agreement,” the statement said, adding, “This deal is still fragile, this seed of reconciliation has to be protected until the day it spreads seeds of peace all over the region.”

The organizers warned that the alternative to the agreement – Joint Comprehensive Plan of Action (JCPOA) – would be “another billion-dollar war in the Middle East.”

Iran and P5+1– the United States, Britain, France, China, Russia and Germany – finalized the text of JCPOA in the Austrian capital of Vienna on July 14.