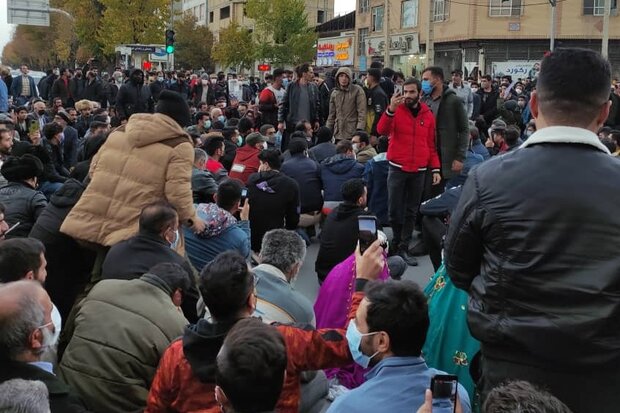 Iranian people including farmers in the western city of Shahrekord, capital city of Chaharmahal and Bakhtiari Province, have staged a march calling on authorities to take measures to deal with water shortage problems.

The protesters marched to the office of the governor general on Monday urging officials to fulfill their promises regarding provincial water issues including an uncompleted water transfer project.

They also chanted slogans expressing opposition to the transfer of the province’s water to other parts of the country.

Chaharmahal and Bakhtiari Province is among many of Iran’s provinces that have experienced lower rainfall in recent years.

Authorities have been using tankers to deliver water to two hundred cities and villages in this western province.

Monday’s protest comes days after thousands of people in the central city of Isfahan staged a demonstration against projects resulting in a major river drying up there.

The people in Isfahan are critical of the development of water-intensive industries in central Iran and want the re-distribution of the Zayandeh Rud River’s water to other cities to stop.