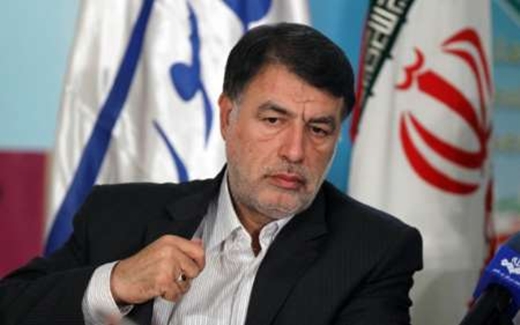 An Iranian MP says the parliamentary motion on nuclear talks does not tie the hands of government and the country’s nuclear negotiating team in adopting tactics.

A member of parliament’s National Security and Foreign Policy Committee says Speaker Ali Larijani played a unique role in revising the text of a motion which requires government to safeguard the country’s nuclear rights and achievements.

Abbas Ali Mansouri Arani made the comment in an interview with Khabaronline.ir on June 21 and added nobody else could have played such a role in the revision of the draft. The following is the translation of what else the MP representing Kashan, Aran and Bidgol in parliament said about the motion whose general outlines were adopted in an open session of the chamber on Sunday:

The deputies tried to remove the ambiguities which could have surrounded and obstacles which could have stood in the way of nuclear talks by debating the motion that cleared parliament today. But government may have other views. The president is expected to share his views and concerns with the MPs.

Looking at what happened this past month, we learn that the motion the MPs put forward a few weeks ago differs sharply from what was debated on the floor today. The representatives revised most of its provisions and finally ratified a much better text than the previous draft.

Previous motion would have stalled the talks

What was to be put to the vote on the floor would have stopped the talks from continuing. I had frankly said in my interviews that the motion would spell an end to the talks, thus I expressed opposition when it was being discussed at the National Security [and Foreign Policy] Committee. But what we discussed today will not bring the talks to a halt; rather, it would draw up a clear roadmap.

Government should be thankful to parliament speaker

We discussed the motion in many sessions, but our efforts failed to bear fruit because of varied positions of some MPs, but Mr. Larijani built on his position as speaker and a member of the Supreme National Security Council as well as his popularity among fellow MPs to convince the deputies to revise the motion. That’s why government should be appreciative of the top MP who adopted a hands-on approach and did effective consultations for editing the motion.

Government’s views may be different from what has been included in the motion. It is quite natural if parliament and government do not see eye to eye over certain issues, because they have different responsibilities. This motion will not tie government’s hands, because it entails the red lines the Supreme Leader and the Supreme National Security Council have stressed. So we have not tied the hands of government and the nuclear negotiating team in adopting tactics; rather, we have only clarified the red lines.

President should speak frankly with MPs

Impeachments of ministers will harm government and make people think poorly of the chamber. That’s why the president should transparently discuss the problems standing in the way. National interests carry weight for the deputies. The MPs, who sign an impeachment motion, think what they are about to do is in line with national interests; if they suspect that their signatures would harm the country, they would not definitely try to question a minister.

If the president fails to speak frankly with the MPs, a bad-case scenario will unfold. Despite the designation of this year as the Year of Solidarity and Harmony between government and nation, the year will see the most impeachments, questionings and notices. This would be in contravention of the Supreme Leader’s remarks and would create a paradox for people who might think the Leader – who forms the backbone of the establishment – calls for solidarity on the one hand and the three government branches which are supposed to implement the Leader’s guidelines are divided on the other.

This is a good opportunity to prevent the impeachment of the education minister from happening. If parliament can help in this regard, it should intervene and do its share.