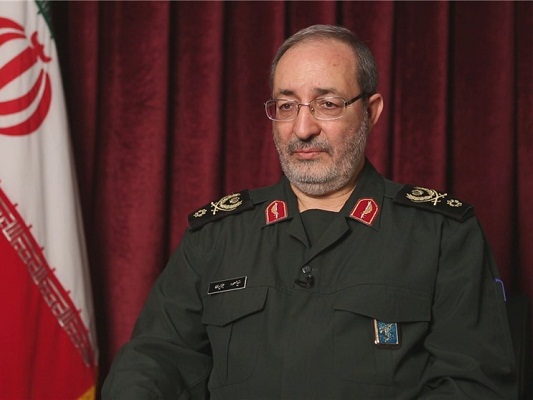 In reaction to the US provocative decision to recognize Jerusalem al-Quds as Israel’s capital, Brigadier General Jazayeri underlined “Israel has occupied the Palestinian territories” adding the continuation of the Palestinian resistance against this cancerous tumour of Israel reveals that the occupying regime will never feel safe.

“The Zionist regime has no way but to leave the region completely or get destroyed,” he was quoted as saying on Thursday in a Farsi report by Tasnim News Agency.

He also stressed the American nation should know this fact that the current plight in the region is deeply rooted in the policies adopted by their “wicked politicians.”

The spokesman also said the American administration and the occupying regime have regulated their regional policies based on “a wrong analysis of the region’s developments”, maintaining that the dire situation of the Middle East and the abnormal status of the Arab world would provide them with an opportunity to fulfil their long-term policies towards the Palestinian territories.”

“But like their other estimations about Iraq, Syria and Yemen, the US and the Zionist regime will end up in failure in the occupied territories,” he concluded.