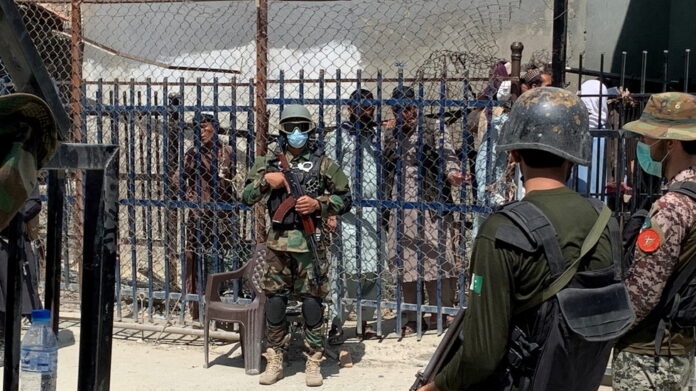 The Pakistani government and the banned armed group Pakistan Taliban (TTP) have agreed to a one-month ceasefire. Islamabad says talks leading to the deal were facilitated by the Taliban in Afghanistan.

Government spokesman Fawad Chaudhry stated the Taliban government in Afghanistan helped facilitate the ceasefire between the government of Prime Minister Imran Khan and the banned outfit.

“The government of Pakistan and banned Tehreek-e-Taliban Pakistan (Pakistan Taliban) have agreed on a complete ceasefire,” Chaudhry noted in a statement on Monday.

According to state broadcaster Pakistan Television (PTV), the minister added the focus of the talks was on “state sovereignty, national security, peace, social and economic stability in the areas concerned”.

The peace talks between the government and the TTP began last month. Chaudry underscored the truce could be extended if talks continue to make progress.

The Pakistan Taliban is a separate organisation from Afghanistan’s Taliban, which seized power in August.

Authorities had earlier underlined that peace talks were taking place with TTP leaders in Afghanistan, where they have been hiding for the past several years. The Pakistan Taliban was formed by armed rebels in 2007 and since then, thousands of people have been killed in dozens of attacks claimed by the group in the past 14 years.

About a million people were displaced when Pakistan launched operations in the northwest in 2013 to clear out TTP fighters. They returned to their homes after 2017 after Pakistan claimed victory against the armed group.

Pakistan military offensives have driven the Pakistan Taliban from its stronghold in the tribal districts but it is estimated to control some 4,000-5,000 fighters, many based across the border in Afghanistan.

Both Pakistan and the former western-backed government in Kabul regularly accuse each other of providing shelter to Taliban groups and allowing them to conduct cross-border attacks.