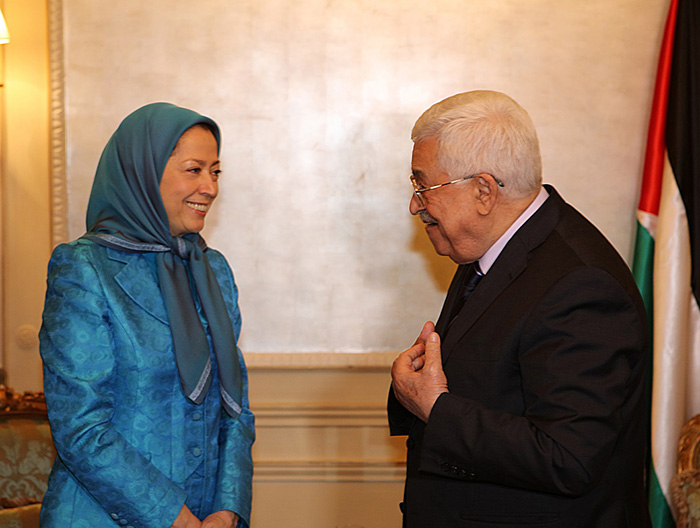 In reaction to a recent meeting between the Palestinian Authority President Mahmoud Abbas and the leader of anti-Iran terrorist group MKO, an advisor to Iran’s Foreign Minister said the PA President is a CIA agent, and his meeting with Maryam Rajavi was not a surprise.

On Saturday evening, July 30, Abbas reportedly met Rajavi, the head of Mujahedin-e Khalq Organization (MKO), in the French capital of Paris.
In reaction, Hossein Sheikholeslam, an advisor to FM Mohammad Javad Zarif, described Abbas as member of a Palestinian front that has compromised with Israel under the US pressure.
It was not surprising to see such a figure standing against the Resistance Front and meeting with terrorist elements, he went on to say, as reported by Mizan and translated by IFP.
“The previous records of Abbas and the approaches he has adopted clearly prove that he is a US hireling. The documents of his cooperation with the US were discovered in the Spy Nest [the US embassy in Tehran], and it was made clear that he was an agent of US Central Intelligence Agency [CIA],” Sheikholeslam said.

Therefore, he added, his meeting with Maryam Rajavi, the chief of MKO terrorist group, was not unexpected.
“It should be clear for the people that Mahmoud Abbas has had secret ties with terrorist groups and Israelis, and now these relations are being disclosed.”
“There is no doubt that the submissive personality of Abbas – which causes him to easily give in to the West and Israel – has taken him to the meeting; therefore, the movement that supports him, and he himself, will suffer great losses after the recent move,” Seikholeslam noted.
“Given the unstable and weak personality of Abbas, the Islamic Republic of Iran should not take any serious move in this regard,” he noted. 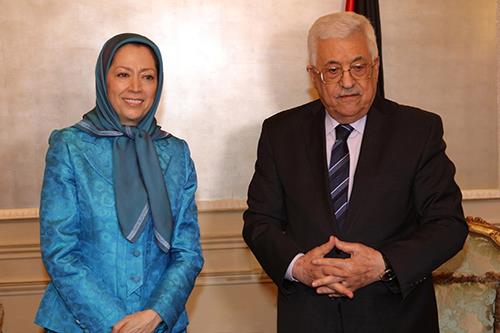 At the meeting, Abbas and Rajavi have reportedly discussed the crises in the region. Abbas reiterated the need to combat fundamentalism and terrorism in the region and informed Rajavi of the latest developments in the Middle East, in particular with regard to Palestine and France’s initiative.
Rajavi also expressed gratitude for the solidarity of the Palestinian Resistance and its leader with Iranian people. She congratulated the Palestinian government on its victories and expressed hope that the goal of the Palestinian people would be achieved.
The MKO leader also claimed that Iran is the main instigator of sectarian discord, fundamentalism and terrorism in the entire region, in particular in Iraq, Syria, Lebanon, Yemen and Palestine.