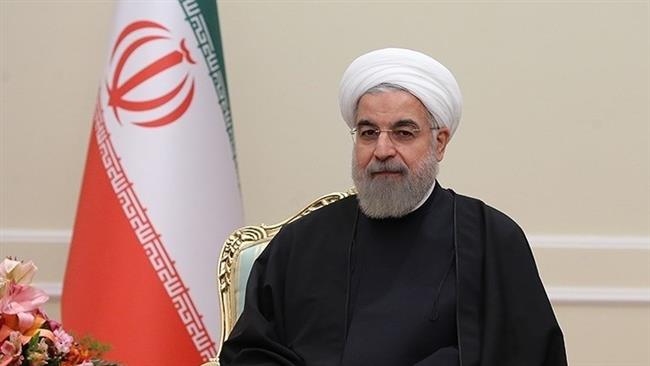 President Rouhani says Iran has exhibited the necessary flexibility during the course of nuclear negotiations, calling on P5+1 to reciprocate.

Iranian President Hassan Rouhani says the Islamic Republic has exhibited the necessary flexibility during the course of nuclear negotiations, calling on the P5+1 countries to take the turn and the final steps.

“We have come close to sensitive days. Iran has shown the crucial flexibility during the talks, and now it is the opposite side’s turn to take the final steps,” Rouhani told German Chancellor Angela Merkel during a telephone conversation on Saturday.

President Rouhani added that the removal of sanctions imposed on Iran will be the keystone of a nuclear agreement between the Islamic Republic of Iran and the five permanent members of the UN Security Council – the United States, France, Britain, Russia and China – plus Germany, stressing that the deal will chiefly seek to build trust and confidence between the two sides.

“We have always sought a win-win accord and this will serve the interests of all sides,” Rouhani stated.

Merkel, for her part, voiced Germany’s content with the progressive negotiations, saying her country will constructively support the talks.

The German chancellor noted that Berlin believes in the abolition of anti-Iran sanctions, and spares no effort for a comprehensive deal.

On Saturday evening, High Representative of the European Union for Foreign Affairs and Security Policy Federica Mogherini said the P5+1 countries have never been closer to a deal.

“As you know, we have never been so close to a deal. We still have some critical points that need to be solved, and we are working over the hours, over the weekend to bridge the gaps. I will not go into the details of the negotiations. It’s not the right time to do it. I hope we manage to do it in the coming days,” Mogherini told reports in Lausanne, Switzerland.