Over 300 Wounded in Twin Earthquakes in Iran 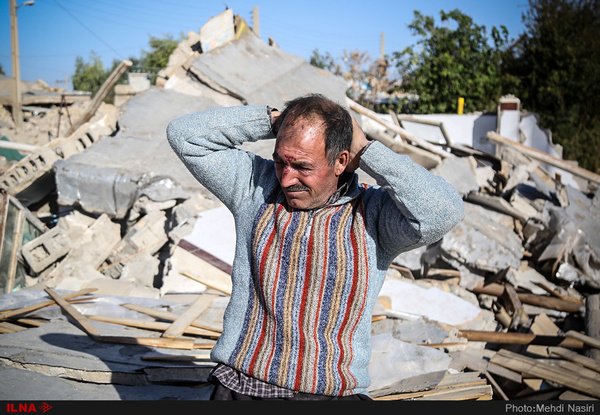 Two earthquakes on Sunday jolted Kermanshah province in Western Iran and Kerman province in the country’s south-east, wounding at least 330 people and damaging many houses and villages.

Kermanshah Province officials say the magnitude-5.9 earthquake in the western region injured 248 people and destroyed many houses, but left no one dead.

More than 700 houses have been damaged in rural and urban areas of the province, according to official reports.

Director General of Crisis Management Department of Kermanshah province, Reza Mahmoudian, said 21 people are hospitalised in the city of Kermanshah.

According to a report by ILNA, he went on to say that 15 people have been discharged and 6 are being treated.

“So far, 101 rural houses and one urban house have been destroyed. 250 rural houses and 600 urban ones have also been damaged in Dalaho, Salas Babajani, Javanrud, Eslamabad Gharb and Kuzaran regions,” he added.

Mahmoudian also mentioned that the Javanrud-Salas road, blocked by the earthquake, was reopened and water and electricity problems of 15 villages in this province, which were cut off by the quake, were resolved within the first few hours after the incident.

A few hours later, another 5.8-magnitude earthquake also jolted the south-eastern province of Kerman, which caused material damage and left some 79 people injured.

According to the Seismological Centre of the Institute of Geophysics of Tehran University, the tremor struck at around 01:09 a.m. local time on Monday and its epicentre was placed about 19 kilometres of the village of Sirch at the depth of 10 kilometres.

Mohammad Hossein Yazdanpanah, an official with the county of Shahdad in Kerman Province, said the earthquake had left no casualties, adding that rescue teams have been sent to help.

However, Seyed Mohammad Saberi, the head of the province’s medical emergency centre, later said that 79 people have been taken to hospitals in Kerman following the strong quake.

Earlier in November, a magnitude-7.3 earthquake struck Kermanshah province, killing more than 600 and injuring more than 9,000.

Sarpol-e Zahab in Kermanshah province suffered half of the temblor’s casualties.