One Single Step Left to Retrieval of Achaemenid Inscriptions from US 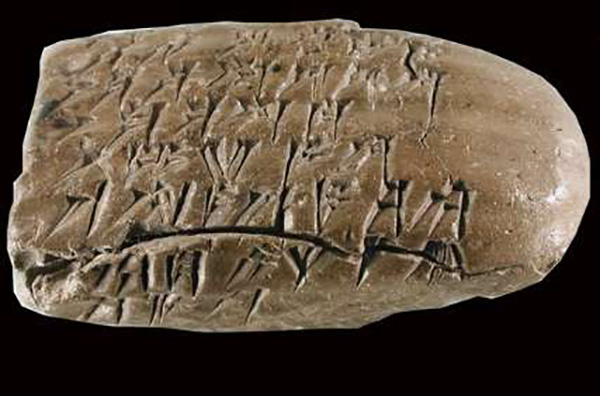 The process of retrieving Achaemenid Royal Inscriptions, which belongs to Iran, is reaching its end. It is now an irreversible process with only one single vote necessary for the arrival of these historical artefacts from the United States.

According to a Farsi report by ISNA, Achaemenid Royal Inscriptions, which consisted of more than 30,000 clay tablets, were delivered to the Oriental Institute of the University of Chicago in 1935. They were supposed to be studied and returned in a time span of three years. This did not happen on time and with the pursuit of the case, part of them was returned in 1948 and another in 1971. The third parcel was retrieved in 2004, with one part still remaining there.

On the other hand, following the explosion which took place in Bethlehem in 1997, on the basis of the groundless claims that accused Iran of having had a role in that event, certain Jewish figures appealed to the juridical power to confiscate those tablets for compensation.

However, during the hearings, Iranian representatives proved that the tablets are actually cultural historical artefacts with no commercial aspect and thus cannot be confiscated. Their voice was supported by the lawyers of the Oriental Institute of the University of Chicago.

Ultimately, with the serious pursuit of the case by Iran’s Cultural Heritage, Handicrafts, and Tourism Organization (ICTHO) in the past two years, it seems that the file will soon be closed and hopefully, the last parcel of the Achaemenid Treasure will arrive home in the near future.

Mohammad-Reza Kargar, the director general of ICHTO’s Museums and Historical Artefacts Dept., says “efforts to retrieve Iran’s historical artefacts smuggled into other countries are among the most fundamental missions of ICHTO.”

“The point is that it is only after the discovery of these artefacts that we can begin the process of their retrieval,” he added.

“Smuggled objects are discovered in two ways: either through the judicial authorities of the countries to which these artefacts are smuggled or by the Interpol. In any case, given the membership of most countries in 1970 UNESCO Convention which demands countries to return the historical artefacts of the countries of their origin, the pursuit of their retrieval can only begin with their discovery.”

“There are many people who are astounded by the high number of Iran’s historical artefacts found in foreign museums and expect Iran to retrieve them. Unfortunately, this is not an easy task, but requires a very long protracted process,” he went on to say.

“During certain historical eras of our country, for example the Qajar era, permissions were issued for foreigners in the form of commercial excavations for a small amount of cash, and in return they were allowed to take away what they found. Most of Iran’s historical treasures now found in foreign museums were actually exported during that era,” Kargar noted.

“In addition, there are also certain historical artefacts which found their way into foreign museums through smuggling, which is very difficult to prove and requires a long costly process as we must first prove their property and then prove that they were actually taken illicitly out of the country,” he added.