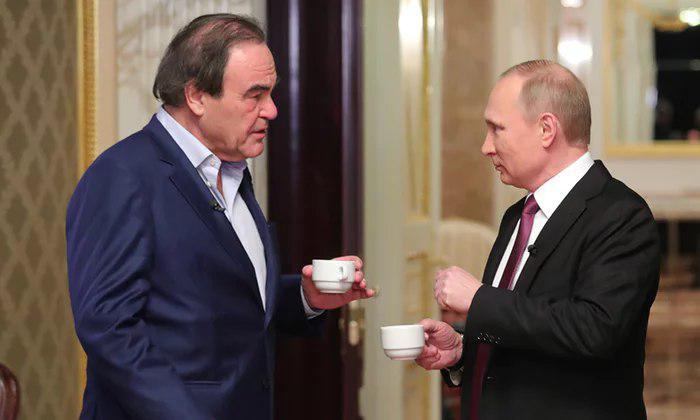 Acclaimed American writer and filmmaker Oliver Stone, in a workshop in Tehran, has hailed Russian President Vladimir Putin as a ‘great politician’, rapping Western media for offering a negative picture of him based on biased ideologies.

In response to a question about his view on President Putin, Stone described him as a great politician who has been at the upper echelons of power in Russia over the past 18 years.

“For the Putin Interviews, I held conversation with Putin for more than 30 hours. He never asked me to give him the questions in advance and also never asked for any changes to the final product,” he noted in an address to a workshop for filmmakers from across the world in Tehran.

Stone, who is visiting Iran to attend Fajr International Film Festival, blamed Western media for portraying a negative image of Putin and said unfortunately media in the West is dominated by biased ideologies. “During the interviews, I tried to behave as a filmmaker not a journalist.”

Touching on his film Snowden, he said “I like to make movies which others are not interested in making them. Snowden is one of these films. In the US and even other parts of the world, there is an urgent need for whistle-blowers like Snowden.”

He underlined that due to the controversial theme of the film, he and his crew failed to convince leading broadcasting companies to screen the film. “Since Snowden is among the unfavourable figures of the Americans, we had poor sales in the US.”

He said most Americans have a negative view of Snowden because he has disclosed the country’s secret information. “In the governmental circles, he is called the violator of the US Constitution.”

In response to a question on how much freedom he has in producing anti-US films in America, he said some people in the US and even Iran think that “I’ve not been killed yet because I’m a CIA agent. But so far, I’ve not even met a CIA officer. It goes without saying that the CIA is seeking to exert its influence on my films through its deep influence in Hollywood.”

Stone said he is going to respond to many questions raised about Hollywood mechanisms in his autobiography to be released soon.

“Today, despite the growing penetration of the cyberspace into our societies, there is no understanding of the extent of the knowledge that the governments have about their people. We should prepare ourselves for the worst-case scenarios. The cyberspace has provided the governments with unlimited power. Their military budgets have increased drastically at the cost of social budgets,” he was quoted as saying in a report by the Persian-language Fars News Agency.

Stone went on to say that today the world is the scene of costly cyber wars and added the US holds the leadership of the cyberspace as the fifth pillar of its army. “The private companies pay money for information and sometimes the government secretly collaborates with them.”

He referred to the former first lady’s live remote appearance from the White House in 2013 at the Oscar ceremony to announce the year’s best-picture winner (Argo) and said the event showed how deep the relations between Washington and Hollywood are.

In response to a question raised by a Chinese student about Stone’s interest in making a film in China, the American film director said his plan to make films in China has been rejected due to the censorship in the country.

Asked by an Iranian student about the historical distortions in his movie Alexander (2004), Stone said he made the movie based on his own interpretation of history.

“Nobody can say what has happened exactly in the ancient times. Of course, I must confess that I made the film in a bad time. A short while after the film, the Bush administration waged a war against Iraq and I didn’t know what was going to unfold next. Meanwhile, the Warner Brothers Company edited the film in line with its own interests, cutting about 26 minutes of the original film. I advise you to watch the complete copy edited by me.” 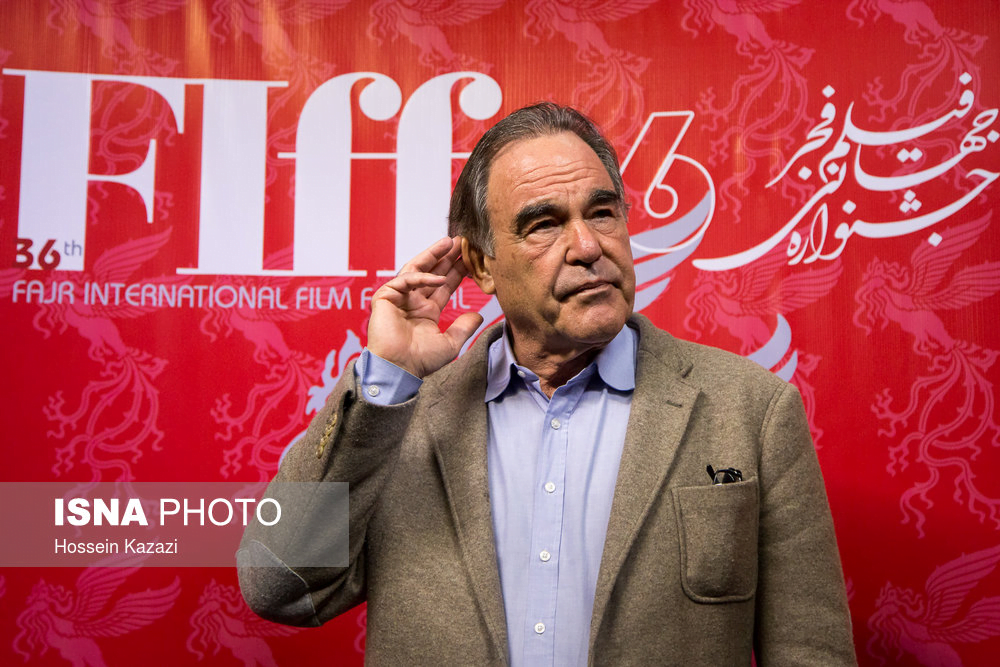 Three-times Oscar winner briefly visited the historical city of Isfahan in central Iran before hosting the workshop for filmmakers in Tehran.

Stone is best known for his films on controversial themes including Platoon, Scarface, Born on the Fourth of July, and Natural Born Killers.

He has already produced two documentaries about Latin American politics: Comandante (2003) about Cuban dictator Fidel Castro, and South of the Border (2009) which focused on several other left-wing leaders, notably Venezuelan President Hugo Chávez.

The legendary director also created Untold History of the United States (2012). It is a 10-part television documentary on the American political history.

In 2007, Iran’s former President Mahmoud Ahmadinejad rejected a proposal by Stone to make a film about him. 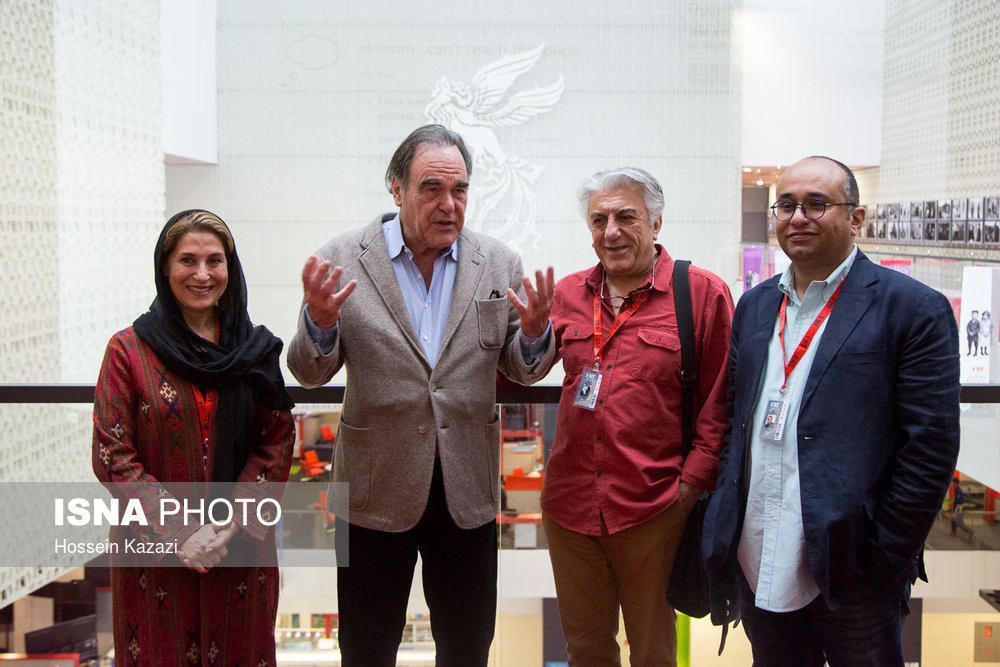