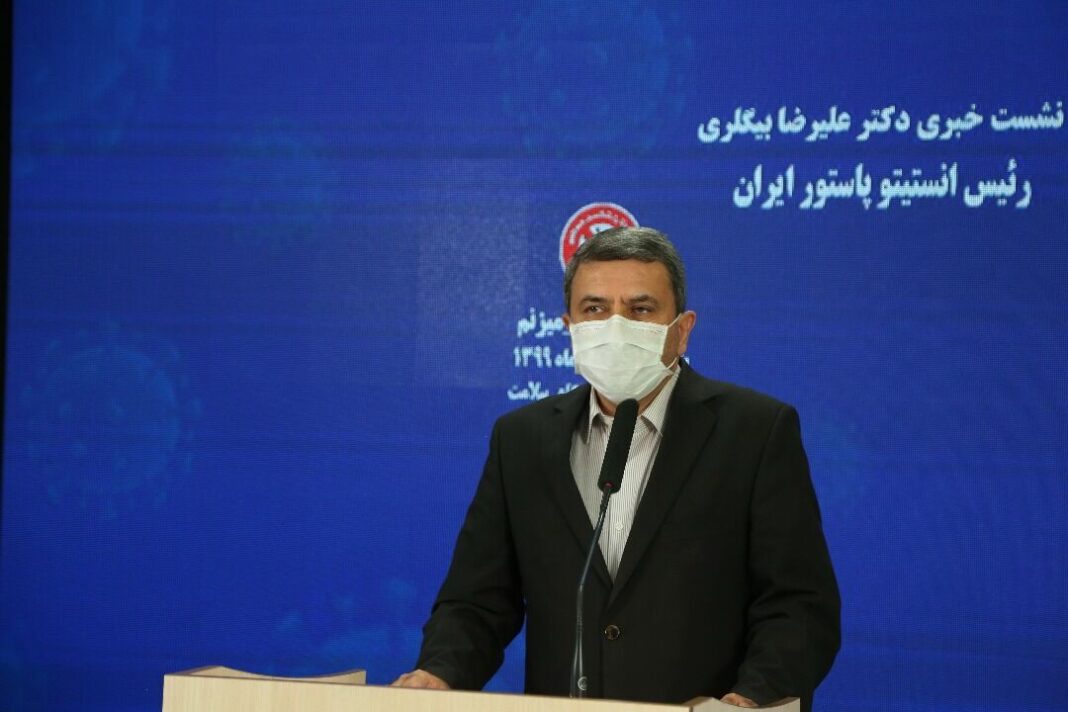 The head of Iran’s Pasteur Institute says Covid vaccine Pasteurcovac, jointly developed by Iran and Cuba, is at once a jab and a booster and can also be administered to kids aged 3 to 18 and over.

Alireza Beyglari was updating journalists on the progress of the production of the vaccine on Saturday in Tehran. Beyglari noted that Pasteurcovac can be re-engineered and in that event, it can fight multiple mutations at once, acting both as a vaccine and a booster.

The head of Iran’s Pasteur Institute added all these advantages have made Pasteurcovac a unique Covid vaccine, adding that the first and second trial phases proved the success of the vaccine and in the third phase, it was tried on 44 thousand people in Cuba and on 24 thousand others in 8 Iranian cities and proved effective.

Beyglari noted that Pasteurcovac is one of the safest Covid vaccines of the world and is also capable of providing a high immunity against the disease.

The head of Iran’s Pasteur Institute stressed that Pasteurcovac gives more than 91.6 percent immunity and can prevent severe Covid infection and hospitalization. Beyglari said that three doses of the jab provided a 99 percent immunity.

Meanwhile, Iran’s Health Ministry announced on Saturday 173 more people have died of Covid in the country in the last 24 hours. This is the country’s lowest single-day death toll in about three months.

The total Covid-related deaths in Iran now stands at over 122-thousand.

Officials also confirmed over 7-thousand new infections in the past day, the lowest daily caseload since early July. The downward trend in new infections, hospitalizations and deaths has held in Iran in recent days. Authorities attribute this to an accelerated nationwide vaccination drive that has seen 63 million doses of vaccine administered to Iranians.