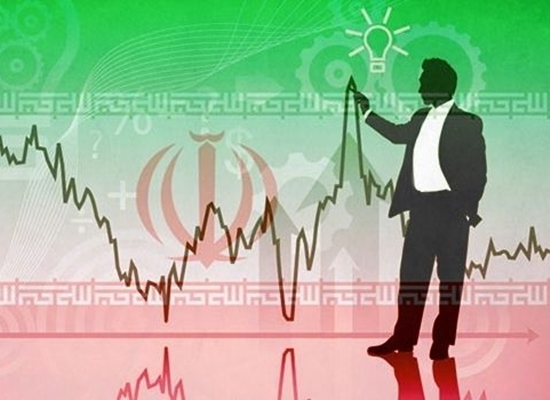 The Organisation for Economic Cooperation and Development (OECD) has upgraded Iran’s rating in the country risk classifications of the Participants to the Arrangement on Officially Supported Export Credits (CRE), moving it up one notch from 6 to 5.

In a new report published in the wake of the OECD’s Country Risk Classification’s meeting on Friday, Iran managed to have its rating upgraded for a second consecutive year.
“Till two years ago, Iran’s rating in the country risk classifications stood at 7 which is the lowest in OECD’s ratings. But since 2016, with the efforts by the Organization for Investment Economic and Technical Assistance (OIETA) as well as Iran’s Foreign Ministry and Export Guarantee Fund of Iran (EGFI), the country managed to take long strides in economic progress upgrading its risk classifications from 7 to 6 in 2017,” a Farsi report by Khabar Online said.
The highest rating which Iran has recorded in the country risk classification is 4, which was made more than a decade ago.
Iran’s Minister of Industry, Mohammad Shariatmadari, said before the signing of the Joint Comprehensive Plan of Action (JCPOA) between Iran and the six powers in 2015 that Iran’s rating had declined to 7 which inflicted heavy blows on the country’s economic exchanges with the outside world.
The Iranian minister also noted that the rating moved up to 6 in 2017 following the implementation of the JCPOA. “Now with a further notch for the second consecutive year, our rating has reached 5 in 2018.”
The Organization for Economic Cooperation & Development Country Risk Classification measures the country’s credit risk and the likelihood that a country will service its external debt. The index uses a scale of eight risk categories to determine a country’s credit risk.
“Reports by the International Monetary Fund on the economic conditions of countries, their foreign exchange reserves, capabilities to pay off external debts and financial records are among the main factors with a bearing on the rating of a country in the OECD’s Country Risk Classification,” the Iranian minister says.
According to Shariatmadari, Iran’s new rating plays a significant role in attracting foreign investments and improving the country’s status and image at the financial and international arenas.
For his part, the Governor of Central Bank of Iran Valiollah Seif praised Iran’s new upgrade saying the upgrade is the results of hard efforts by the government, banking system and businesspeople.
In a message on his Twitter account, Seif called for further coordination between all related economic organizations in Iran adding that the country should prepare itself for further economic reforms in future.
Meanwhile, Deputy Head of Export Guarantee Fund of Iran, Arash Sharaini, described the upgrade “a positive signal from the Europeans and a further indication of their interest in continued engagement with Iran within the framework of the nuclear deal.”
In an interview with the English-language Financial Tribune Daily, he added the upgrade reduces the cost of attracting foreign finance, and “as a result helps us increase our foreign exchange reserves.”
He underlined that Iran deserves a higher classification namely 3, or even 2 due to its reserves and low external debt.
According to a report by the International Monetary Fund released in February 2017, Iran’s official reserves were projected at $123.5 billion in 2016-17. Meanwhile, “the country’s total debt to GDP stood at 2.2%, which is lower than any other country in the world. Iran also recorded the highest economic growth in the world according to the global lender’s 2016 report – 12.5%.
Since the implementation of JCPOA in 2016, Iran has clinched several foreign finance contracts including two agreements worth $25 billion with China Development Bank and CITIC Trust, a no-cap deal with Russia’s Exim Bank, a €5 billion deal with Italy’s Invitalia Global Investment, a €1 billion deal with Austria’s Oberbank, a €500 million deal with Denmark’s Danske Bank and two contracts worth €13 billion with South Korea’s Exim Bank and K-Sure.