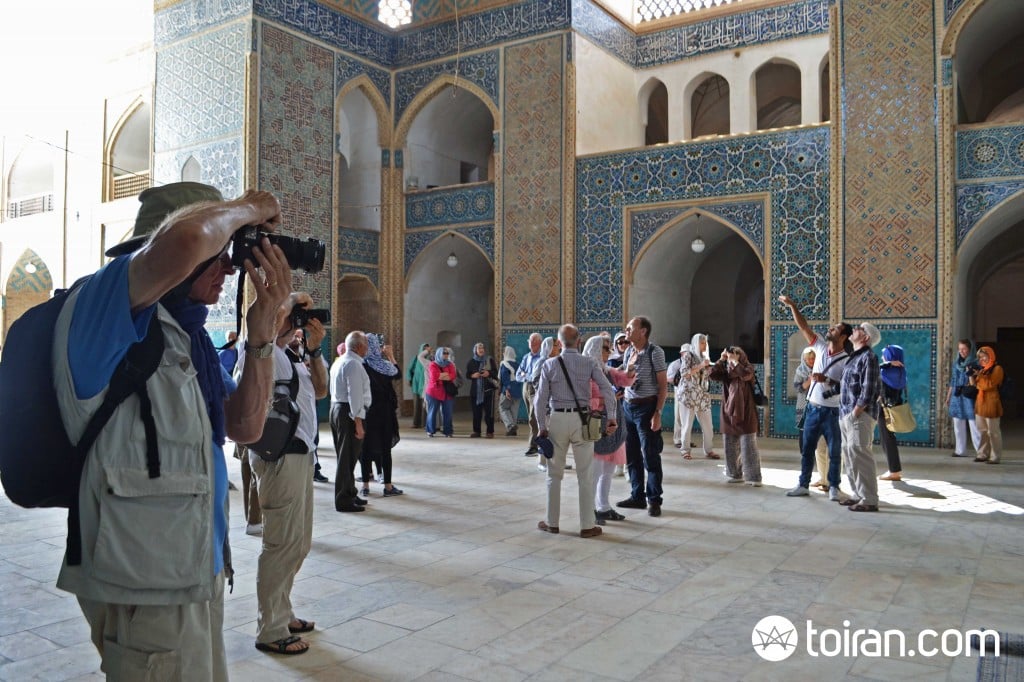 The number of tourists visiting the historical city of Yazd in central Iran has considerably increased, a senior tourism official says.

Meisam Kouchakzadeh, a senior executive at the Department General of Cultural Heritage, Handicrafts and Tourism of Yazd, says the number of visitors to Yazd stood at well over 126,000 in the year to March 2018, up 11%, year on year.

“Most of the tourists were from France, Germany, Spain, Italy and China,” he noted, according to a report by IRNA.

He recalled that Yazd was registered on UNESCO’s List of World Heritage Sites, saying, “This important issue will be instrumental in increasing the number of foreign tourists visiting Yazd.”

“Given that Yazd’s ancient quarter has been internationally registered and the objective is to increase the number of tourists, the tourism infrastructure in the province should be improved and the number of good accommodations should be raised,” he said.

Given that Yazd is a rich city in terms of ancient-cultural buildings, five of the historical monuments in the province have been globally registered so far.

The historical quarter of Yazd Province spans 2,270 hectares, housing 6,500 ancient monuments out of which 1,850 have been registered on the national list of heritage sites.

Dowlatabad and Pahlavanpur gardens as well as the Zarch Qanat are other world heritage sites located in Yazd Province.

Yazd, along with Fars and Isfahan provinces, forms the golden triangle of tourism in Iran. Yazd is the first destination of foreign tourists, and the number of visitors to the city has risen five-fold. So, tourism is the most significant contributor to the development of the province.