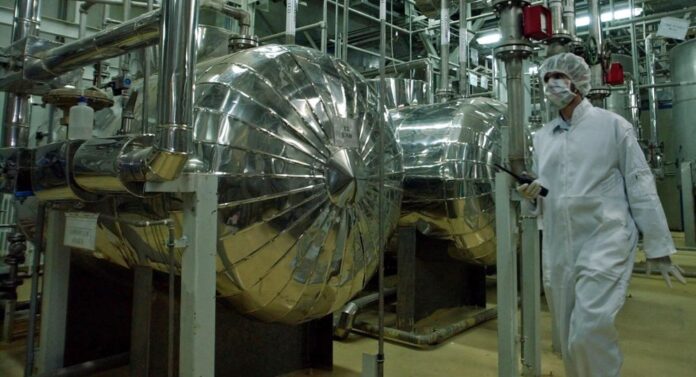 Head of the Atomic Energy Organization of Iran says Tehran is capable of raising the level of uranium enrichment capacity to over 20,000 SWU (Separative Work Unit) within only a month.

In a radio interview on Thursday, Ali Akbar Salehi said the Iranian nuclear experts are able to lift the level of uranium enrichment capacity to beyond 20,000 SWU in a month.

He said Iran’s enrichment capacity stood at around 6,000 SWU in the past, but the country managed to increase the level by 50 percent, namely around 3,000 SWU, in recent weeks.

Salehi explained that the limitations that Iran had accepted on its nuclear program have not undermined the country’s capabilities, such as the exploration and extraction of nuclear materials, construction of power plants, or the process of nuclear fuel cycle.

The Iranian official also warned the European parties to the 2015 nuclear deal that Tehran would not remain silent anymore if they continue to fail to honor their commitments.

He noted that the US measures forced Iran to accelerate a series of plans and prove that it is capable of resuming uranium enrichment with 490 new centrifuge machines.

Last week, Iran restarted enrichment at the Fordow nuclear facility as the fourth step away from the Joint Comprehensive Plan of Action (JCPOA).

Tehran had earlier reduced its commitments in three other phases, but the latest one, the injection of uranium hexafluoride (UF6) gas into centrifuges at Fordow, is believed to be the most important step so far, and a serious warning to the other parties.