Not All Women Have the Eyes of “Afghan Girl” 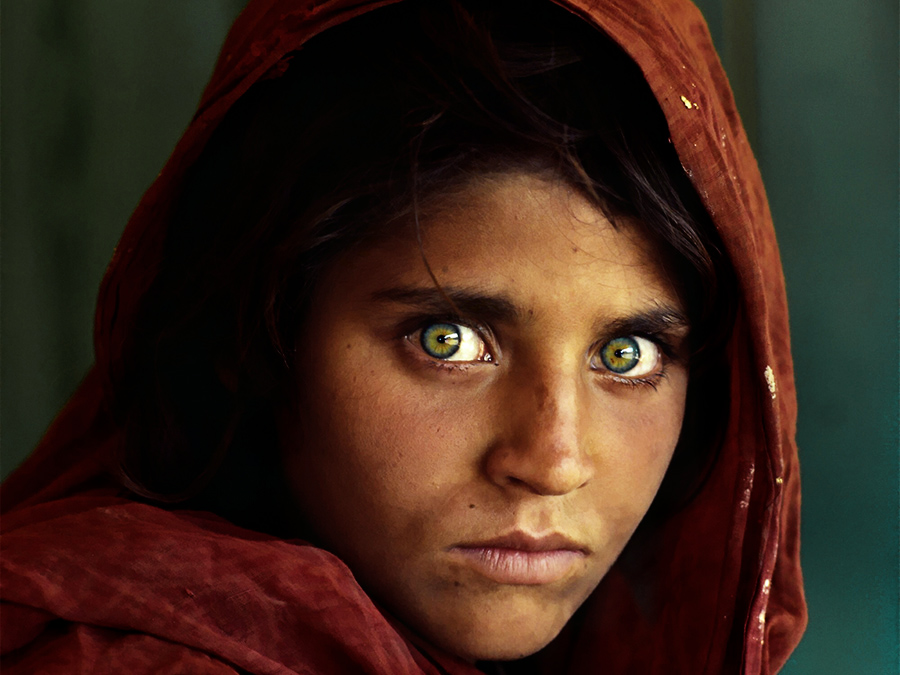 A female member of Afghanistan’s Parliament has talked about the problems of women, refugees and the presence of foreign troops in her country.

Here’s IFP’s translation of a report by Shahrvand newspaper: 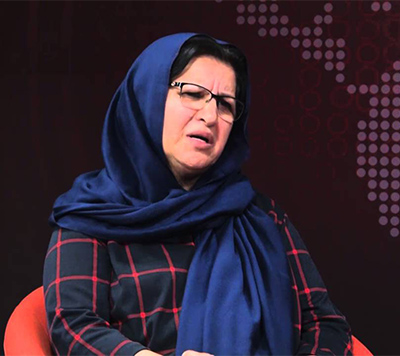 With diagonal frown lines between her brown eyes and a beauty mark on her right cheek, Dr. Gulalay Noor Safi, a Kabuli woman of Balkhi origin, shows resistance every day against hundreds of dogmatist male members of Afghanistan Parliament. Now, under a sky full of snow, she is our guest in one of Tehran`s coldest days. She uses melodic old Persian words that we Iranians have forgotten a long time ago.

“The violence doesn`t appear all of a sudden; it is an outcome of years of fear, wound, war and blood,” she says; like Rumi who “suddenly” gave the soundness up centuries ago.

“I was born in Kabul and went to school there. I went to Crimea, the Soviet Union, to continue my education. I stayed there for seven years, then returned to my country and found a job in an Ophthalmology Hospital in Noor, Afghanistan. During Afghan civil wars, I left my country for Germany. I returned after the fall of Taliban and began to work for a helping centre for women who have been traumatized during the war. In 2005, finally, I became the parliamentary candidate for Balkh,” Noor Safi tells about herself.

She is an original citizen of Balkh where her ancestors lived; then she obtained the citizenship of Kabul. Noor Safi, who has been the representative of Balkh province in northern Afghanistan since 2005, is now passing the days of her representation for second time. She remembers a lot of cases for violence against Afghan women and children. The female representatives failed to finally pass the legislation of violence against women and children, though: “This is our worst experience in Parliament.”

However, Noor Safi is glad that this act has been approved by the House of Representatives; “And this is our only real achievement.” Afghanistan is a member of CEDAW (The Convention on the Elimination of all Forms of Discrimination against Women); we need God’s help, and that of the President, to succeed.”

Tricks for Saving a Woman’s Life

Noor Safi’s office is located in Mazar-i-Sharif. She never forgets the night when a woman, whose husband was in jail, called her office, saying that she and her child are going to be killed.

“The woman resided in a very unsafe area of the province. She called in the night, saying 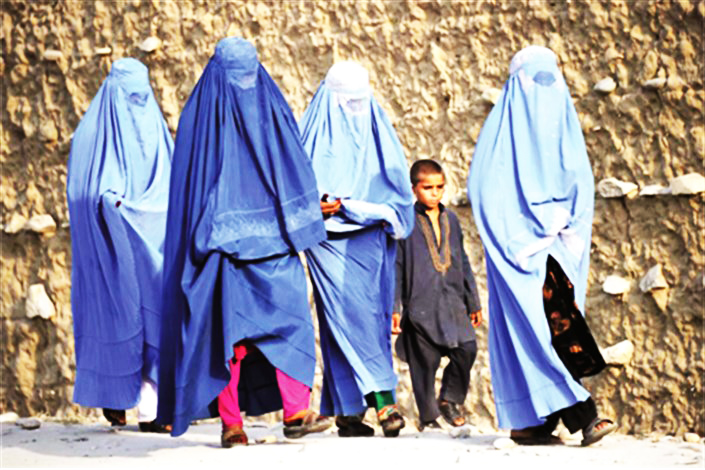 that her father-in-law was going to kill them. We made an effort to go to the region, but we failed. We called the local police, just to hear that they were short of forces, and thus, unable to send someone,” she explained.

Noor Safi looked for a solution: “We talked to the village`s Imam. We wanted him to tell the father-in-law that the government was aware of his threats. We ordered the village`s Mullah to stay in the house of father-in-law until the morning, so that we can transfer the woman to a safe house next day, and they did so.”

“She stayed in the safe house for a long time, until the family of her husband disbanded. They were opponents of government, so they went to jail. Then the woman felt free again and returned her home.”

Noor Safi says people are always in communication with her “at least by telephone”. Her memories of Afghan women rush into her mind and her tongue. She talks about a raped woman in a “far village”.

“She just turned 18. We even didn’t want to keep her in Mazar-i-Sharif. She was transferred to Kabul,” Noor Safi says when asked about this woman’s age.

The Eyes of Sharbat Gula, the “Afghan Girl”

No one knew the girl who had the world’s most anxious eyes until the Soviet aircrafts killed her parents during a bombardment in 1984. Steve McCurry, the photographer of National Geographic, took the photo of Sharbat Gula where she had fled to the Nasir Bagh refugee camp in Pakistan. Her photo appeared on the cover of National Geographic and she was called “Third World’s Mona Lisa“. She married a man named “Rahmat” and returned to a far village in Afghanistan. Sharbat Gula gave birth to four daughters, three of them are alive now. 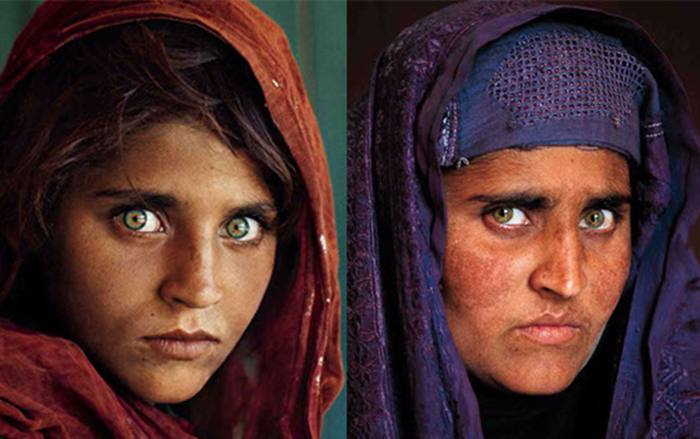 McCurry found her again in 2002 and took another photo of her. She had the same eyes; anxious and rolling deep in a face with wounds of 17 years of homelessness. But the “Afghan Girl” story is going on: Sharbat Gula was arrested in Pakistan for living in the country using forged documents. She was detained for 15 days and then deported. The Amnesty International and other human right organizations showed reaction, and Sharbat Gula was taken to the Presidential Place after her arrival in Afghanistan, where she was formally received by Ashraf Ghani, the President of Afghanistan and his wife, the first lady of this country; and was offered a house: “The President promised Sharbat Gula that he would take care of her children’s education and treatment of her own illness.”

The story of Sharbat Gula is stuck in the mind of Gulalay Noor Safi. “There are thousands of women with similar problems, but she was noticed because of her photo’s widespread release in the world. It is very good that the President pays attention to her case. At least, we might never learn about her detention if she wasn’t Sharbat Gula.”

According to Noor Safi, Ashraf Ghani made a good symbolic move. “He sends the message to other women that they have someone to stand for their rights. The women start to respect themselves, thinking that at least, someone has defended an internationally well-known woman. Others are heartened to discuss certain issues. It shouldn’t depend on you having the eyes of Sharbat Gula. Other women also have talents to show in order to be supported like her.”

The tea vapour swirls and goes up. We change the topic to refugees. “Afghans have sought asylum in different countries of the world for more than 30 years. The unemployment and poverty could be important reasons; however in this moment, the main reason is war. People can’t trust in their future in Afghanistan and try to find a safe place to live,” she says. 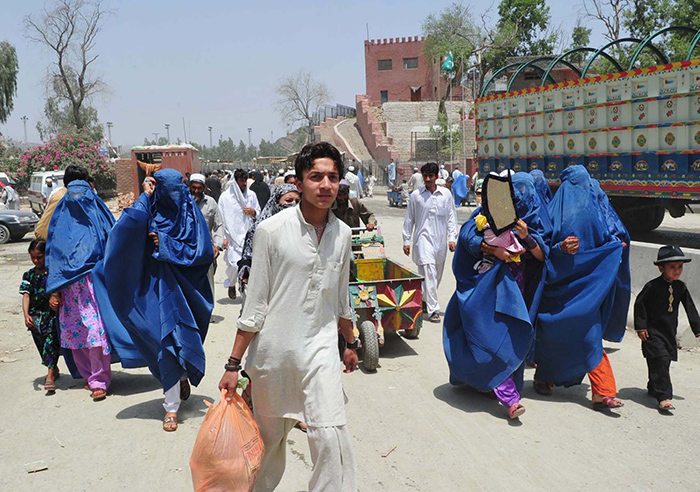 “Unfortunately, some destination countries deal with the issue of refugees politically, especially our neighbouring countries. By mass deportation of Afghan refugees, these countries use them to put pressure on Afghanistan when they don`t have a good relationship with us. But Afghanistan is unable to receive them. I admit that it is our task to host the refugees; however according to international laws, a refugee has the right to stay and live in the destination. It is agonizing to deal with refugees for political purposes,” she complaints.

“The Europe encountered the wave of refugees, too. We announce to the world that the war of Afghanistan is a result of war in region. If the war ends, our people prefer to reside in their own country, where they were born, rather than a strange place. But now that there are no equal conditions, other countries should stop the mass deportation of Afghan refugees. For example Pakistan took such an unreasonable decision.”

Nowadays, if they encounter a well-equipped foreign soldier in the street, do Afghans fear? Or they would rather have a feeling of safety?

“Afghans have a free spirit. Historically, we never wanted foreign governments to rule us or be present in our country. But we are in a different situation now. Afghanistan was in a really unusual condition when international troops entered it. We were threatened by terrorism directly. Before Taliban, the Soviet Union joined the terrorism to destroy 80% of Kabul during its invasion of Afghanistan. People still fear facing another invasion like the attack of Soviet Union in 1970s. This is why Afghans prefer the western troops to be present there. Afghanistan has around 50,000 police forces now, but there are too many dangers to handle. Sometimes we need the help of foreign troops, because of not feeling secure and fearing the repetition of Russian invasion.”

“People are used to see well-equipped Afghan and western army forces in the streets; they have no direct danger in cities. People don’t care about them. They prefer the international troopers to terrorists. It seems that nothing ends the fear and cruelty.”

Physical Presence of Women in Parliament

The Constitution confirms that 25% of Parliament members must be female; in other words, 62 out of 249 members. “The good point is that people slowly get used to the presence of women in society, they come to believe that the government should consult women about its decisions,” she said, pushing forward the red scarf on her head.

“Obviously, not all the women who come to the Parliament have real intentions of change. Some of them only use the system and the law to enter the Parliament. It is agonizing. I accept the criticism; our presence is mostly physical. I feel the deficiency of mentality, in that we don’t perform what is expected. People are right to criticise it, saying that this presence is merely symbolic,” she said about female Parliament members.

Child Marriage Exists in Balkh, Too

“Balkh is facing security problems, too. These problems exist all over Afghanistan. It is a major issue. We can’t develop unless we resolve it. We don’t care about women who want to have education or work. No one takes this responsibility. Women stay in homes, and they are still subject to violence. Children get married at a young age. These problems are pervasive in Afghanistan, particularly in Balkh. People suffer from unsafety and lose their hope for future.”

Now she must leave for Mashhad, so she is going to Mehrabad Airport. She intends to inform Afghan women of Mashhad about the act of violence against women. Gulalay takes off her glasses and cleans them.

“Do you still work as an ophthalmologist?” we ask.

“Not since 2005. When my clients come to me, they sometimes talk about their medical problems beside other subjects. I laugh and introduce them to other doctors,” she said.