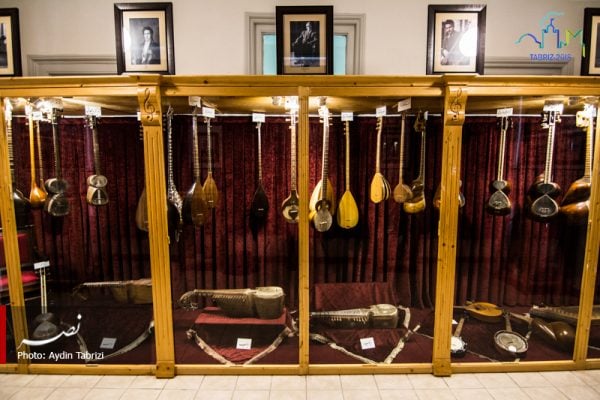 The “Museum of Sound” is one of the dozens of museums in the Iranian city of Tabriz. The place, which was opened in March 2018, narrates the delightful tunes of the past and contemporary music of East Azarbaijan province.

Running this unique museum, which started its activity as the first sound museum in the country with the aim of rebuilding and preserving the rich music of Azarbaijan, was a useful and effective move by the province’s cultural heritage organization to strengthen valuable cultural treasures in the field of music.

According to the Tabriz Modern news website, the Museum of Sound has been run by a researcher, musician and headmaster of the Tabriz Music House, Hossein Sajedi.

Sajedi, also an author of several books, has collected different kinds of musical instruments of ethnic and national origin. He has also provided the grounds for the opening of the Museum of Sound in Tabriz.

“We are doing our best to expand the research and educational areas in the field of music by establishing workshops and building a specialised music library,” noted him.

Tabriz Museum of Sound can provide a suitable space for introducing national and native rituals and provide an appropriate context for scholars and students in the field of Iranian and Azarbaijani music, said the researcher.

Over 300 items related to “sound” are showcased in this museum. In addition to existing objects, the “Audio Archive” section can be considered as one of the most important sections of the museum.

Valuable works of music in different fields are kept here and they are available to scholars and researchers who want to gain sufficient and comprehensive knowledge about music of this region, Sajedi said.

“Audio files of calls to prayers, holy Quran recitations and other religious and national events are also displayed at the museum. Among other items showcased are old doorknockers, bells, radios, gramophones, discs, recorders, black-and-white televisions, etc.”

With the assistance of the Cultural Heritage, Handicrafts and Tourism Department of the East Azarbaijan Province the historical house of Amir Parviz has been renovated to be used as the Museum of Sound.

Tabriz, the capital of the north-western Iranian province of East Azarbaijan, has been designated as the OIC (Organization of Islamic Cooperation) capital of tourism in 2018.