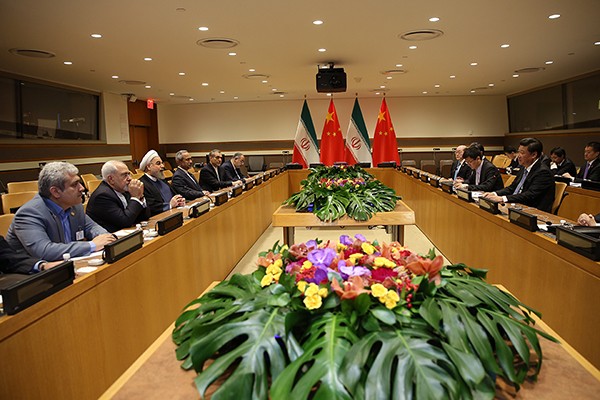 Iran and China have consolidated their cooperation at the highest level, the Chinese president said at a meeting with President Rouhani.

He said, “The Islamic Republic of Iran will not forget its friends that had good relations with the country during the difficult conditions created by sanctions,” adding that friendly Tehran-Beijing ties cannot be influenced by any power.

The Chinese president, for his part, said that China and Iran have lot in common in bilateral relations as well as international and regional issues and they have consolidated their cooperation at the highest level.

“Iran and China can further broaden this trend through their cooperation in a bid to bring more welfare for their nations,” he added.