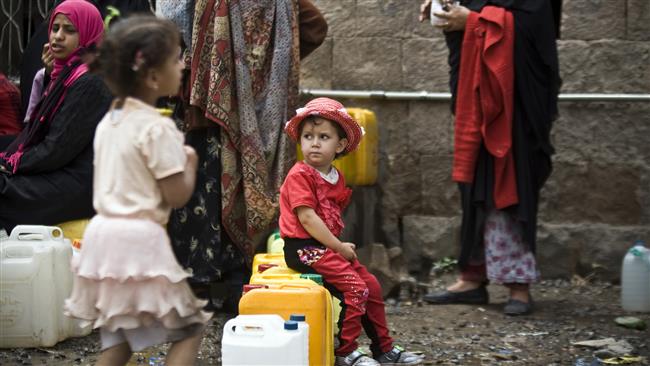 Iran has said that Saudi Arabia cannot decide for the UN and the countries helping Yemen.

A senior Iranian diplomat says Saudi Arabia is not in a position to make decisions regarding the delivery of humanitarian aid to Yemen which has been targeted by Riyadh’s military aggression.

He added that the Saudi regime’s blocking of aid delivery to Yemen has denied 20 provinces humanitarian aid.

Amir-Abdollahian reaffirmed Iran’s readiness to dispatch aid to Yemen, saying, “Tehran is ready to send humanitarian aid to all parts of Yemen, and [we] have stepped up the process of collecting and sending aid [to Yemen].”

In a move coordinated with the UN, Iran now plans to send planes carrying humanitarian aid to Yemen through Oman and Djibouti.

An Iranian ship carrying aid, including food and medical supplies, is also currently sailing through the Arabian Sea towards the Yemeni port city of Hudaidah.

In addition to the crew members, the ship is also carrying a number of volunteer doctors as well as international activists.

On Friday, the UN urged Saudi Arabia to ease harsh import restrictions on Yemen-bound cargo to speed up delivery of vital aid to the Yemeni people.