‘No Rouhani-Trump Meeting in Sight Unless US Returns to JCPOA’ 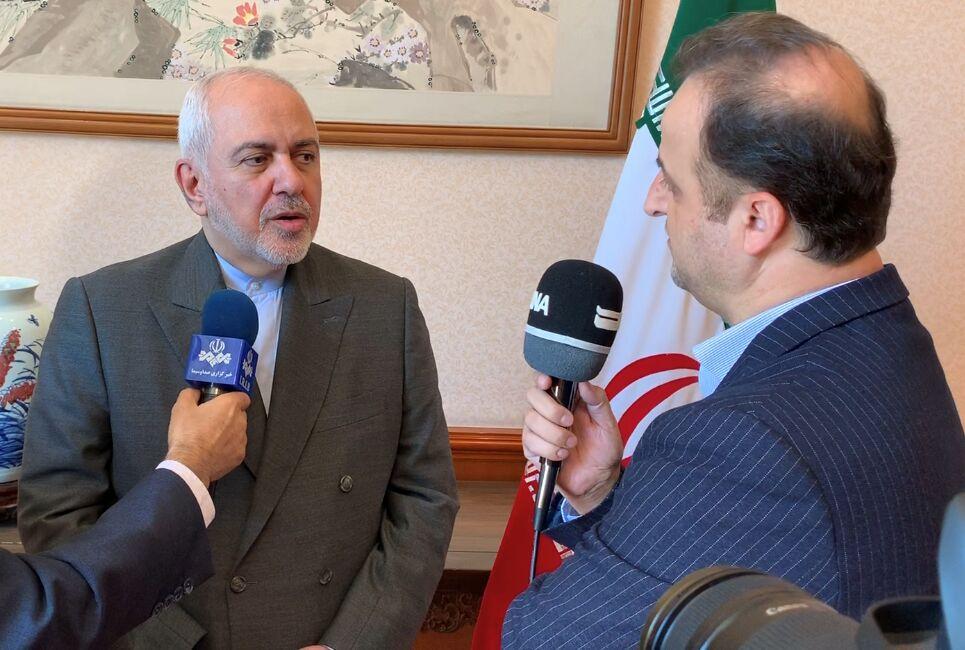 Iranian Foreign Minister Foreign Minister Mohammad Javad Zarif says no meeting is conceivable between the presidents of Iran and the United States as long as Washington does not comply with the Iran nuclear deal.

Zarif said on Tuesday any bilateral meeting between Hassan Rouhani of Iran and his opposite number Donald Trump hinges on the US rejoining the P5+1 and fulfilling its commitments.

He also touched upon French President Emmanuel Macron’s expressing his readiness to host a meeting between Rouhani and Trump.

“We said clearly that the US government and Mr Trump had violated the agreements reached following marathon talks between the two countries, and that what needs to be done is to implements past agreements,” Zarif told reporters before leaving the Chinese capital, Beijing, for Japan.

Iran’s top diplomat noted he has already discussed with Macron in Paris ways of preserving the Iran nuclear deal known as the Joint Comprehensive Plan of Action (JCPOA) through the fulfilment of obligations by both sides.

Zarif said he reiterated in Paris that Iran had complied with its obligations under the JCPOA, and that the US had illegally pulled out of the JCPOA and that Europe had not taken any action to put the trend of the implementation of the nuclear deal back on track.

His comments came shortly after Rouhani said there will be no development in Tehran-Washington relations unless the US lifts its sanctions on Iran as a “first step”.

President Rouhani said the key to bringing about a positive change in Iran-US ties is in the hands of Washington.