No More Reason for Iran to Keep to JCOPA: Senior Diplomat 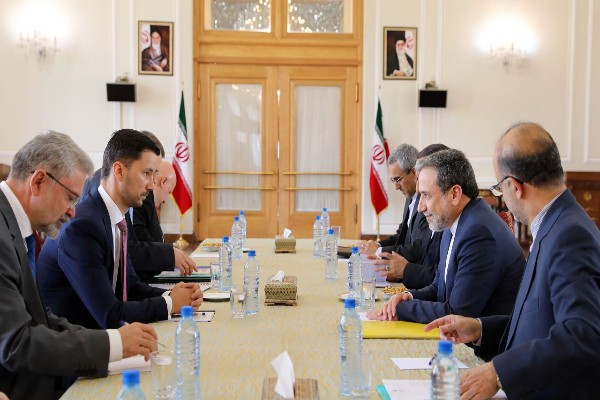 The Islamic Republic of Iran has demonstrated “strategic patience” over the past year in the face of the US illegal and unilateral withdrawal from the Joint Comprehensive Plan of Action (JCPOA), Araqchi said on Tuesday.

He made the remarks in a meeting with State Secretary of the Ministry of Foreign and European Affairs of the Slovak Republic, Lukas Parizek, held in Tehran.

The Iranian diplomat also lambasted the European states for procrastinating when it comes to fulfillment of the JCPOA undertakings, noting, “Sadly, the balance between the Islamic Republic of Iran’s obligations and rights under the JCPOA has been upset.”

“Considering the European side’s pledges that have gone unfilled, there remains no reason for one-way implementation of commitments by Iran,” he underlined.

“Iran, however, has kept the window of diplomacy open by gradually scaling down its commitments,” Araqchi added.

For his part, the Slovak diplomat expressed Bratislava’s support for the JCPOA, and hoped that coming into service of the INSTEX- a European payment channel for trade with Iran- would help the EU to preserve and strengthen trade ties with Iran.