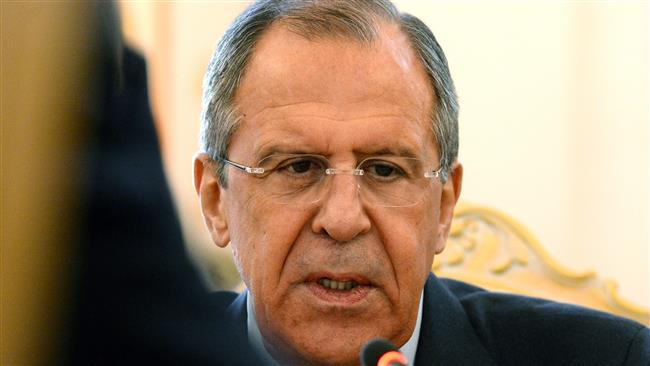 Russia's Foreign Minister Sergey Lavrov says no insurmountable problems are left at nuclear negotiations between Iran and the P5+1 countries.

Lavrov said Thursday that the two sides agreed in Vienna, Austria that the quality of a final nuclear deal with due account of Iran’s interests is most important.

“We are in favor of lifting the embargo as soon as possible and will support a decision made by Iran’s negotiators,” Lavrov pointed out.

Meanwhile, Russian Deputy Foreign Minister Sergey Ryabkov has compared the final round of the ongoing talks between representatives from Iran and the five permanent members of the UN Security Council – Britain, China, France, Russia and the United States, plus Germany – over Tehran’s nuclear energy program to the last and hardest stage of ascending Mount Everest.

“We are working together with colleagues from P5+1 group on proposals made by Iran on Tuesday. This work is hard and time-consuming. We did not meet the July 7 deadline. Those are right who say that talks are like ascending Mount Everest,” Ryabkov said on Thursday.

Moreover, diplomatic sources close to the negotiating teams in Vienna say the nuclear talks between Iran and the P5+1 group of states may stretch into the weekend. They say it may take until July 13 for the sides to clinch a deal on Iran’s nuclear program. Negotiators had earlier extended the talks until Friday after they missed the self-imposed deadline of June 30.

Iranian Foreign Minister Mohammad Javad Zarif, in an article published in the Financial Times on Wednesday, reminded the six world powers engaged in nuclear talks with Tehran to choose between coercion and agreement, warning against opting for the former.

“There is growing acknowledgment that attempting to coerce a proud civilization into submission only leads to further conflict, resentment and hostility,” Mohammad Javad Zarif wrote in an article published in the Financial Times on Wednesday.

“At the outset of this crisis, Iran had less than 200 centrifuges; today, it has 20,000. And so, my counterparts have rightfully opted for the negotiating table,” he said. “But they still need to make the critical choice between an agreement and coercion.” In a video message released on July 3, the Iranian foreign minister had likewise demanded the six powers to select between the two.