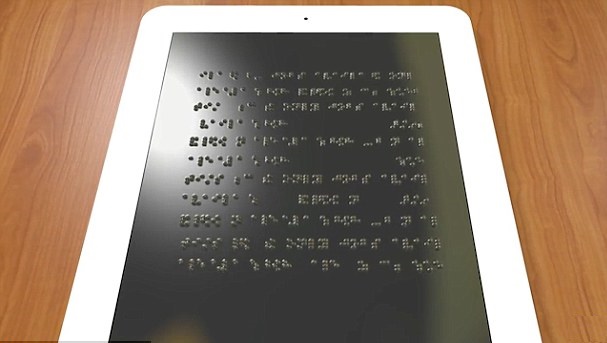 Iranian researchers have designed a touchscreen that transforms digital texts to braille using a new method, helping blind people have a better access to digital information.

Iranian researchers in Yazd Science and Technology Park have made a touchscreen for the blind that transforms digital information to braille.

“We released ‘the braille touchscreen’ in order to make the digital information accessible to the blind,” said Moslem Azamfard, the project manager of this new product, according to a Farsi report by ISNA.

“Because of its special structure, this touchscreen is capable of reading digital texts and devises a method for arranging braille letters continuously. In this method, the letters move in a circular-linear direction, pass under user’s fingers respectively and become readable through the sense of touch.”

He noted that by using this type of touchscreen, the blind can read the texts faster. “Meanwhile, other existing braille touchscreens read the texts line by line. Furthermore, the price of our product is about one tenth of foreign samples.”

He went on to say that Iranian braille touchscreen, which won the innovation prize in the 17th Khwarizmi International Awards, is in the process of being registered in the United States.

“We hope that with government’s cooperation, our touchscreen would be commercialized,” he added.