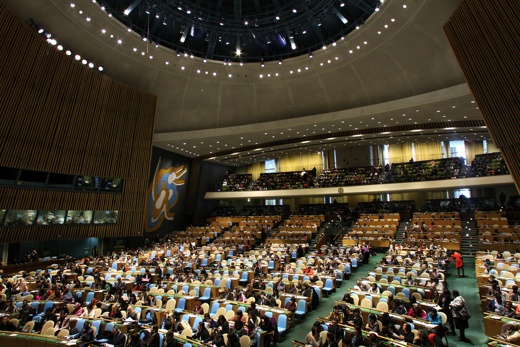 New York is likely to play host to the first meeting of JCPOA joint commission in September.

The first meeting of Iran-P5+1 joint commission on JCPOA (Joint Comprehensive Plan of Action) will likely take place on the sidelines of the upcoming UN General Assembly session in New York in September.

The meeting will be held among deputy foreign ministers if the JCPOA document is approved by negotiating parties.

A joint commission consisting of P5+1 nations, Iran, and the European Union is scheduled to monitor compliance with the nuclear agreement achieved between Tehran and six world powers on July 14.

Also foreign ministers from Iran and six world powers (Russia, China, the US, France, Britain and Germany) will likely hold talks on the sidelines of the UN General Assembly meeting.