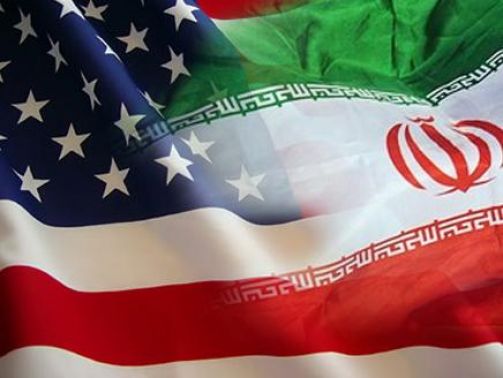 Experts say Washington’s new sanctions against Iran are aimed at undercutting the constituents of the Islamic Republic’s power.

A specialized meeting of the Saba Cultural-Media Centre has been held to review the new US sanctions on Iran. The meeting was specifically aimed at discussing ways of tackling the new sanctions imposed against the Islamic Revolution Guards Corps (IRGC).

Here are highlights of the discussion, as report by Basirat news website:

Washington’s new bans against the Islamic Republic of Iran have a well-connected chain aimed at undermining the constituents of power in Iran.

University professor Abu-Mohammad Asgarkhani said at the meeting one of features of the sanctions is that the US is legalizing the permanence of the bans.

“[Washington] suggests these are not only preliminary sanctions, but are bans on the part of other countries as well. In other words, all Europeans are obliged to cooperate in implementing the law. It means the sanctions are not unilateral. It means the JCPOA has no role here, and the law mobilizes all these countries against us. So, the sanctions are a regime,” said Asgarkhani.

“We asked what objectives and rules the sanctions regime has. They themselves said principles are in line with objectives. … The objective is completely clear.”

“Several concepts can be taken into consideration when it comes to sanctions,” he added.

Also present at the meeting was researcher Hamed Mousavi, who expressed his viewpoints on the issue.

“They had drawn up a plan under which they were set to target Iranian troops in Syria, that is, start physical combat. But because they were not capable of doing it, another group said they needed a long-term plan for Iran and shouldn’t act emotionally. Overall, one can consider the sanctions as a long-term strategy which would ratchet up the pressure gradually,” said Mousavi.

Siamak Baqeri also said at the meeting that the so-called HR 3364 law is a unique law. At the same time, it is rules-based and, in fact, is intertwined with a series of other laws. The law does not suggest that it is an accumulation of previous laws. Despite all laws which exist, this law focuses on a certain objective. There are points which have made this law much more secretive than previous ones.

So, in the first place, it will not be right to regard the law as a result of efforts by opponents of the JCPOA in the US. If we look at the trend of the passage of the law, we will see that all American think tanks contributed to it. These show that the end product was not the outcome of attempts by opponents of the JCPOA; rather, it was the result of consensus within the United States.

One of the important features of the law is that it is complementary. The law is a complement to the JCPOA’s unsaid points. This law is a complementary one which focuses on Iran’s defense power. Even if a human rights issue is enshrined in it, it can target our defense power as well. The law says a regional strategy should be devised regarding Iran’s asymmetrical threats. It also says bans should be slapped on ballistic missiles, Iran’s conventional weapons and the IRGC. Therefore, it focuses on undermining the constituents of Iran’s power.