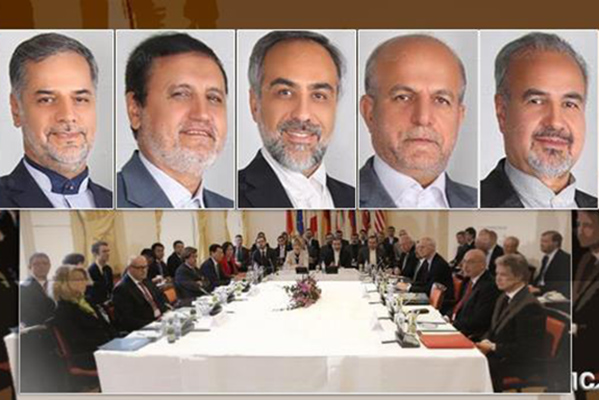 Iranian MPs have shown mixed reactions to the recent JCPOA Joint Commission meeting on January 10. Some of them have pointed to new obligations imposed on Iran, and some referred to the US retreatment from its previous positions.

On the verge of first anniversary of JCPOA implementation day (January 16), the JCPOA Joint Commission issued a statement during its meeting on January 10, 2017 in Vienna.

According to this statement, all parties to the nuclear deal reaffirmed their strong commitment to the complete and effective implementation of JCPOA, and confirmed that the extension of ISA – Iran Sanction Act – won’t affect the removal of anti-Iran sanctions based on this program, nor will it impose limitations on commercial relationships of international companies with Iran.

“The meeting was held to handle Iran’s complaint against the violation of JCPOA by the US,” announced Hossein Naqavi Hosseini, an Iranian lawmaker, according to a Farsi report by ICANA.

“Seemingly, Iran has made two new nuclear commitments; to reduce its supply of enriched uranium from 300kg to 200kg, and to purge the nuclear site of Natanz from uranium. We should wait for our authorities, however, to make things clear about it.”

That said, Naqavi believes that Iran gained nothing from this meeting, but rather went under new obligations.

However Morteza Saffari Natanzi, another lawmaker, has a different opinion: “This was absolutely a positive move.”

“American officials confirmed that they are trying to prevent ISA from violating JCPOA,” he stated. “The US acknowledgment of ISA’s negative effects on JCPOA is an important achievement.”

“It seems that during this meeting, the US has retreated from its plans that affect JCPOA, including the approval of ISA.”

“Iran isn’t the only country that doesn’t trust Washington,” commented Kamal Dehqani Firouzabadi, an Iranian Parliament member. “Iran was the first to disclose the US paradoxical behaviour in national and international levels. Now we see all members of P5+1 approve Iran’s positions by expressing their concerns about the US violation of its agreement.”

“Washington’s admission of its false moves and deceitfulness was a positive outcome of the meeting.”

For Heshmatollah Falahatpisheh, another Member of Parliament, the problems of JCPOA won’t be resolved by mere statements. “The United States practically didn’t allow the lifting of sanctions, and is looking for excuses to extend them.”

“We expect the Iranian Foreign Ministry officials not to be satisfied with statements and to raise the subject of Iran’s JCPOA-related demands in official meeting of P5+1 Foreign Ministers so that a resolution is adopted to remove the obstacles to nuclear deal implementation.”

“When we agree to let the JCPOA Joint Commission make all decisions about our complaint against nuclear deal violators, no better results are expected,” said Mohammd-Javad Abtahi, another Iranian lawmaker.

“This commission is formed by European countries who are under Washington’s influence and pressure.”

“The statement of Joint Commission doesn’t consider the enactment of ISA as the violation of JCPOA, because this act isn’t to be implemented! Who guarantees that the US won’t implement it against Iran?” he added.