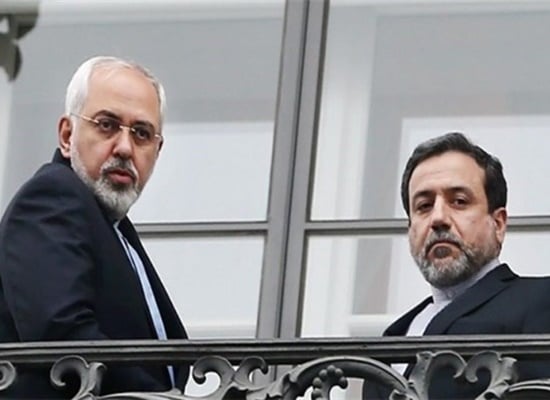 Iran has rejected the “fake” documents presented by Israeli Prime Minister Benjamin Netanyahu on Iran’s nuclear program, saying they could be aimed at preparing the ground for US to pull out of the deal.

“What we saw from Netanyahu was a childish, ridiculous show we have seen in recent years,” Iranian Deputy Foreign Minister Seyyed Abbas Araqchi said, speaking to state TV on Tuesday.

The deputy foreign minister was referring to a televised address by Netanyahu Monday, in which he presented what he claimed was evidence obtained from a warehouse in Tehran suburbs that Iran had continued gathering nuclear weapons knowledge after signing the 2015 agreement with major powers.

The remarks appeared to suggest Iran could be after building nuclear weapons after the confidence-building restrictions on Tehran’s nuclear work end several years later.

The show was reminiscent of a 2012 address by Netanyahu to the United Nations, in which he unfolded a chart with a cartoon-style drawing of a nuclear bomb, claiming Iran was on the verge of building a nuclear bomb.

“Why should Iran store such important documents in an abandoned industrial warehouse?” Araqchi asked.

The deputy foreign minister said such baseless documents are like evidence presented by western intelligence services to the International Atomic Energy Agency, claiming Iran has been after building nukes in 1990s and 2000s.

The agency investigated the evidence under a dossier called possible military dimensions of Iran’s nuclear activities.

Late 2015, the agency confirmed Iran’s assertion that its nuclear program was entirely peaceful, giving the green light for the nuclear deal to take effect in January 2016.

The pact settled a 12-year dispute between Iran and western powers accusing Tehran of covertly building nukes, an allegation that has always been rejected by Tehran.

Preparing the Ground For US Pullout

Araqchi, a top member of Iran’s negotiating team who concluded the deal with major powers, said the timing of Bibi’s show suggests it could be aimed at preparing the ground for the US pulling out of the deal.

The presentation came several days before a deadline for US President Donald Trump to decide whether to remain in the deal.

Trump has threatened he will refuse to extend the temporary waivers on US sanctions, which were suspended under the nuclear pact, unless what he calls “disastrous flaws” of the nuclear deal are fixed.

The refusal of the US to keep the sanctions frozen will mean the US is no longer bound by the pact.

“These measures show how much the US, the Zionist regime and Saudi Arabia are concerned and angry over the nuclear deal and the conditions it has created for Iran,” Araqchi said.

“The boy who can’t stop crying wolf is at it again. Undeterred by cartoon fiasco at UNGA. You can only fool some of the people so many times,” tweeted Zarif on Monday.

In a separate tweet, Zarif rejected accusations by the Trump and Netanyahu concerning Tehran’s pursuit of nuclear weapons.

“Pres. Trump is jumping on a rehash of old allegations already dealt with by the IAEA to ‘nix’ the deal. How convenient. Coordinated timing of alleged intelligence revelations by the boy who cries wolf just days before May 12. But Trump’s impetuousness to celebrate blew the cover,” he tweeted.

Just minutes after Netanyahu’s speech, Trump renewed his strong criticism of the 2015 deal and gave a tacit approval to the Israeli prime minister’s rhetoric.