Nasrallah to Pray at Al-Aqsa Mosque One Day: Iran Leader 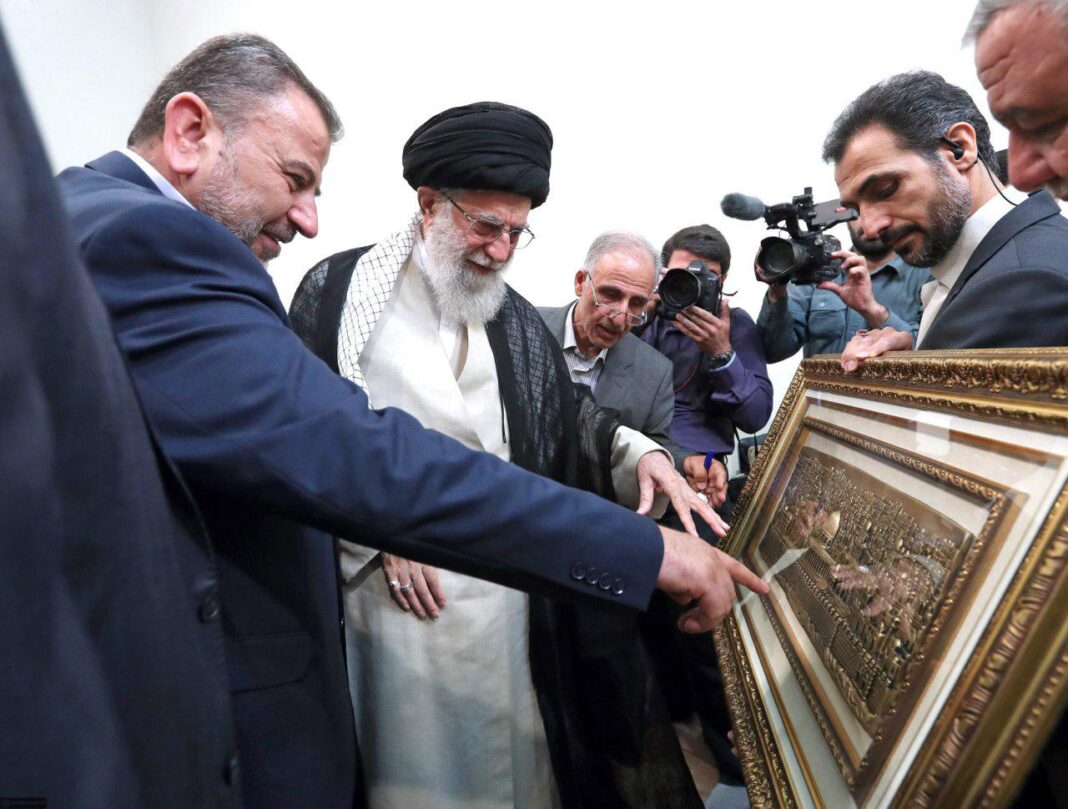 Leader of Iran’s Islamic Revolution Ayatollah Seyyed Ali Khamenei says it is an achievable dream that the Hezbollah secretary-general would one day say his prayers at Al-Aqsa Mosque in the occupied Palestine, as he has promised the Leader.

He made the remarks in a Monday meeting with Saleh al-Arouri, the Deputy Chairman of the political office of the Palestinian Islamic Resistance Movement (Hamas) and his entourage.

“Mr Sayyed Hassan Nasrallah says he will, Inshallah, pray at Al-Aqsa Mosque one day. To us, this is a totally feasible and achievable hope,” the Leader said.

“On the issue of Palestine, the Islamic Republic observes no ceremonies with any country in the world,” the Leader said.

“We have always clearly declared our viewpoint on Palestine. Even on the international arena, countries that are our friends— with whom we do not see eye to eye on this issue—know that to the Islamic Republic, the Palestinian cause is absolutely serious,” he added.

“One of the important reasons behind the animosity against the Islamic Republic is the Palestinian cause; but such enmities and pressures will not make Iran give up on its stances regarding Palestine; because supporting Palestine is an ideological and religious matter,” Ayatollah Khamenei said.

He also noted that “if the World of Islam unitedly resisted on the issue of Palestine, it would have been in better conditions.”

“Certain states— that are US cohorts—like the Saudis’ distancing themselves from the Palestinian cause was a foolish act; because if they supported Palestine, they could have gained concessions against the US,” he added.