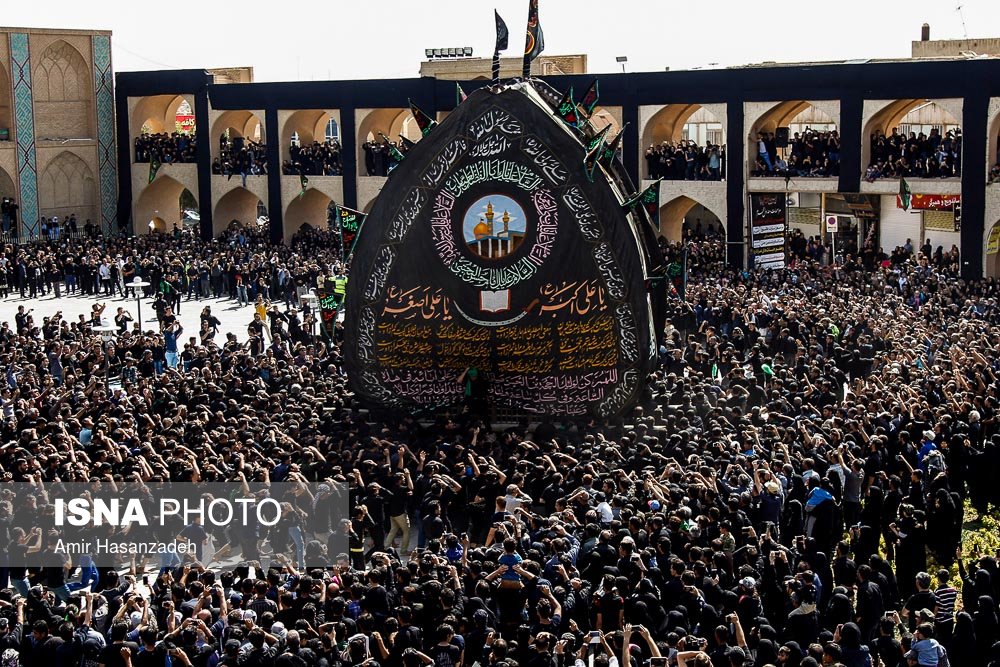 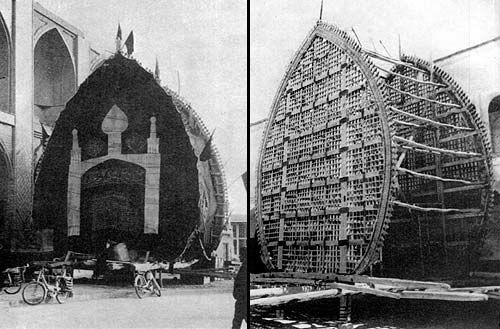 The Nakhl-Gardani ritual is mostly performed in the Iranian cities of Yazd, Kashan, and Shahroud.

Nakhl is a woody structure used as a symbolic representation of Imam Hussein’s coffin and Nakhl-Gardani is the act of carrying the Nakhl form one point to another, resembling Imam’s funeral.

Nakhls are constructed in various sizes, from simple ones carried by two persons, to huge structures “supported by hundreds of men.”

As a “symbol of social unity for a town, village, or district,” lots of Nakhls along with Nakhl-related rituals are seen in Yazd province, located near Kavir desert, with every village having its own Nakhl.

Described as “Iran’s museum of mourning tools” by prominent novelist Jalal Al-e Ahmad, Yazd is home to the biggest and oldest Nakhl in the world, which should be carried by “several hundred men”. The 8.5-metre-high structure, which dates back to 450 years ago, according to ISNA, stands in Amir Chakhmaq square of Yazd.

The huge Nakh was not used for several decades due to safety measures, but it was finally put into use this year after a series of optimization processes.

Here are ISNA’s photos of this year’s ceremony, where the Nakhl-Gardani ritual was finally performed after over 50 years: