Muhammad, in the eyes of two world-famous cinema figures 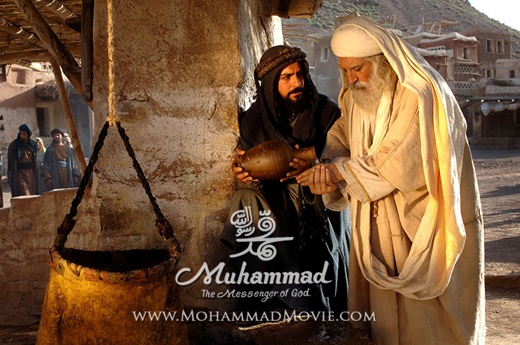 Majid Majidi’s movie on the life of the Prophet Muhammad has been acclaimed by cinematic and non-cinematic figures.

Muhammad, the Messenger of God, a film directed by Iran’s renowned director Majid Majidi, has been given extensive coverage for its screenings at private and public circles and these days at the Montreal World Film Festival (MWFF).

Previously Color of Paradise and Children of Heaven, also directed by Majidi, drew a lot of attention in big international film festivals.

Mizan Online News Agency on September 9 published images of people in Canada standing in line to watch Muhammad, the Messenger of God together with comments by some cultural and cinematic figures, including two non-Iranian crew members of Majidi’s latest film. The following is a brief translation of comments by Scott E. Anderson, an Academy Award winning visual effects artist and filmmaker who supervised Muhammad’s visual effects, and A. R. Rahman, the Indian musician who has composed the score of Majidi’s film:

Scott E. Anderson: Muhammad, the Messenger of God brings together people from around the world

In a piece for The Prophet of Compassion, a book which solely focuses on Muhammad, the Messenger of God, Scott Anderson wrote: “I have worked with great film directors such as Peter Jackson, Steven Spielberg, Paul Verhoeven, Roman Polanski, Michael Apted, Curtis Hanson, James Cameron, etc. Now I would like to add Majid Majidi to my list of big directors.”

The great Hollywood filmmaker who worked with Majidi in pre- and post-production phases of Muhammad for four years, further wrote, “I view Muhammad as one of the most important films on my record, not only for its outstanding visual effects or its matchless production, but as a film which I think has the ability to bring together people from around the world and open dialogue among them. From the start, Majidi said that he aimed to make a film about mutual understanding and peace. Now I can better understand what he was saying.”

Oscar winning musician: The score of Muhammad, the Messenger of God is one of my boldest works

A. R. Rahman talked about his experience in Majidi’s film in an interview with an Indian news website. He said, “The production of this film lasted six or seven years. I know well that how much attention the director has paid to the details. We are all lucky and [at the same time] happy that the film has been met with positive reactions. This is in fact a response to all hard work put in for the movie.”

The big name of the Indian cinema went on to talk about his experience with Majidi, “I learned a lot of things as we were working on the film project. We composed Muhammad’s score in Iran, Germany, France and Egypt with as many as 200 musicians cooperating in the project. Then we mixed it in Chennai, India. This is one of my boldest musical works”.

Rahman also said, “Ideas, language and even the term “each other” are void of any concept. Beyond such terms as Shiite and Sunni there is one sole thing and it is unity. I will watch this film with such an intention. I will watch Muhammad as an orphan who is loved by all”.