Muhammad, a giant step by Iranian cinema toward Muslim unity 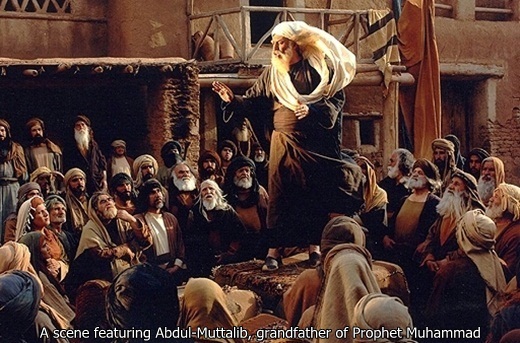 Muhammad, which will premiere at the 2015 Fajr Festival, is a cultural symbol of Muslim unity.

Muhammad, a 2015 Iranian movie directed by Majid Majidi, revolves around the childhood of the Muslim Prophet. The movie’s pre-production began in October 2007 and its filming was completed six years later. Muhammad opens to the Valley of Abu Talib where Muslims were under siege, flashes back to the years before the birth of the Prophet and takes the viewers to the days in Mecca when Muhammad was a child.

The film which intends to show the compassionate face of Prophet Muhammad (PBUH) is set to premiere at the 33rd Fajr International Film Festival in Iran later this year. There are unconfirmed reports that the movie will be screened abroad afterward.

Majidi, the Oscar-nominated Iranian filmmaker, didn’t rule out reports that Muhammad will hit the screen at the Berlin International Film Festival. He also said that Sony Pictures has put forward proposals for the global screening of the movie.

The movie is shot in a village near Qom in central Iran. Mohsen Shah-Ebrahimi, the movie’s set designer, says he found the village on Google Earth. Two towns have been built near the village to serve as the filming location of Iran’s biggest-budget production to date (some $21 million).

As for the film location, Mohammad-Mehdi Heydarian, executive producer, says that other countries including Turkey have asked to use Muhammad’s location for shooting TV series, but the location cannot be used for other movies before the film’s public screening.

The Supreme Leader has paid a visit to the location to get a first-hand account of the backstage of Muhammad.

Concerning the childhood of the Prophet which has been depicted in the movie, Majidi says he wanted to address a wide segment of the people of the Muslim world, making a film which can match up to international standards.

“I talked with a large number of experts in Islamic studies, historians as well as Sunni and Shiite scholars [in Iran and foreign countries] as I conducted a two-year study on different aspects of the Prophet’s life. I picked the part which causes no controversy between Shiites and Sunnis, trying to inspire consensus between Muslims from a cultural angle”, Majidi said.

The movie has triggered opposition in certain Muslim nations even before making it onto the big screen. Majidi, however, has invited the Muslim scholars in the Cairo-based Al-Azhar University to watch the movie before passing judgment about it.