Muhammad is the most distinguished Iranian film in 35 years 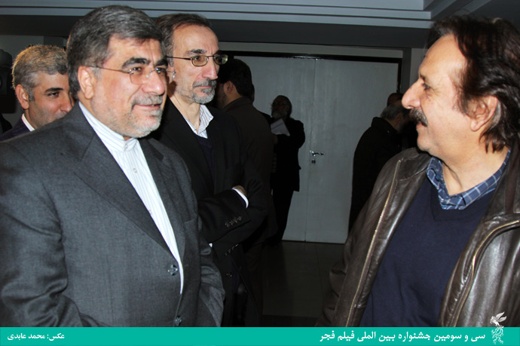 Ali Jannati, the Minister of Culture and Islamic Guidance has called Muhammad the Messenger of God as the best Iranian movie after the revolution, saying it is perfect in terms of theme, content and technical issues.

Minister of Culture and Islamic Guidance Ali Jannati has said that Muhammad, the Messenger of God is the greatest movie made in the Islamic Republic of Iran over the past 35 years.

The minister made the remarks after a special screening of Muhammad, the Messenger of God, a big-budget movie directed by Majid Majidi in Tehran attended by a host of officials and filmmakers. What comes below is the translation of the culture chief’s remarks as reported by Fars News Agency on February 9:

“The movie by Mr. Majidi can be called the best in Iran in the past 35 years. It is matchless in terms of content and theme, and it is an unparalleled motion picture in Iran from professional and technical aspects.

“The attention the movie pays to different periods of the Prophet’s life, from his childhood to the time he was designated as the messenger of God, clearly shows that the Muslim Prophet is the prophet of kindness and compassion; it also reveals that the prophecies in the Bible and Torah [the Old and New Testaments] about Islam’s prophet have been properly depicted in the movie.

“All followers of the past religions were waiting for [the emergence of] a great savior in Arabia. This movie is the first part of the Prophet’s life and we hope that a sequel which will cover the period that stretches from Muhammad’s designation as God’s messenger to his demise will be made as excellently as this one.”

In response to a question on whether Majidi will direct a sequel to Muhammad, the Messenger of God, the minister simply said he hopes so.

The director of the movie, for his part, said he was happy Muhammad, the Messenger of God hit the screen seven years after its filming started. “I hope the film will be able to show the generosity and kindness of the Prophet to the whole world.”